President Donald Trump has announced on Monday that he will impose 10% US tariffs on $200 billion worth of Chinese imports, threatening billions more if met with retaliation. 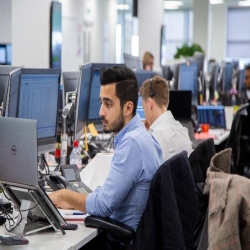 In a statement, Trump warned China not to retaliate against US farmer industries upon the announcement.

“We will immediately pursue phase three, which is tariffs on approximately $267 billion of additional imports.” Mr Trump said.

The tariffs are set to rise by 25% on January 1st next year.

Market analysts fear the situation could continue to escalate, with concerns China could walk away from negotiations all together.

One of the main concerns is how firm the US came out against China, far more aggressive than expected.

IG Market Analyst Kyle Rodda says the last week or so created hopes that tariffs would only amount to a rate of about 10 %, below the 25 % originally flagged.

“The extra element that has come as a cause for concern is that 10 % tariffs will turn into 25% tariffs come the end of the year. “Mr Rodda said.

If the situation escalates, there are fears there could be room for a worse outcome that would end unfavourable to markets, raising the prospect that Chinese officials could walk away from trade negotiations entirely.

“Retaliation isn’t good for markets, so early indications are of further falls for Chinese equities, more pressure on the Chinese Yuan, plus greater risk aversion from investors across global markets.” Mr Rodda said.

The US has already imposed tariffs on $50 billion worth of Chinese products, forcing changes to China’s trade and technology trade policies.

China has previously vowed to retaliate against any new tariffs imposed by the US.

The Chinese Yuan has already weekend by 6% against the dollar since June and analysts fear it could get worse as tensions rise.