Charged up start to the week for Asian markets

It had been an event filled weekend and we are looking at a charged up start to the week for Asian markets. 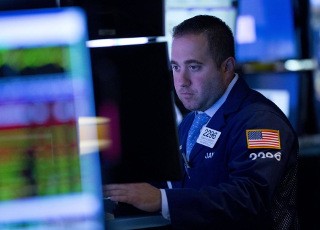 The key lead from last Friday’s US session had been the jump in US indices post January non-farm payroll (NFP). There were little doubt that the headline figure had been a pleasant surprise, coming in at positive change of 227k, and strongly beating the 180k market consensus. Wage growth on the other hand had been a disappointment coming in at 0.1% month-on-month (MoM) and 2.5% year-on-year (YoY). The latter being the lowest figure printed since August 2015.

This diverging trend between payrolls and wage growth created due concern on which direction it would sway the Fed in their interest rate decisions. The equity market had taken the wage growth slowdown in its stride, printing broad-based gains across almost all sectors. Backing the jump had also been President Donald Trump’s positive picture painted at the start of his meeting with chief executives from top US firms on Friday.

On the other hand, the US dollar had taken a beating, ending the session slightly lower. The latest Commodity Futures Trading Commission (CFTC) weekly report had also reflected speculators are turning less bearish on the JPY. An amalgamation of jawboning by the new administration and lack of insights into the Fed’s next move have undermined the USD strength of late.

As things stand, June remains the most likely period for the next hike as reflected in the implied probabilities based on Fed Fund futures. The market is likely to look to Fed’s Harker’s address during the US session today followed by three other Fed members’ comments in the week for insights into the Fed’s reaction towards the latest set of data.

Early movers in Asia have already reacted to the strong leads, the KOSPI and Nikkei 225 in black when last checked. President Donald Trump’s conversation with Fox News, aired ahead of the Super Bowl, created substantial concern but the President had also highlighted that he believes tax reforms will be completed the year. This could reinforce confidence at the start of the week for global markets.

The local STI saw mixed results from Starhub and SIA Engineering last week. The week ahead will see the likes of Singapore Airlines, Global Logistic Properties report earnings that could garner interest in the local bourse. For Asian markets, watch for China’s Caixin services PMI and Indonesia’s Q4 GDP in the day.