Big data for the small farmer and beyond

There is not enough land on earth to grow food for the population expansion. To ameliorate this, a Falmouth University start up hopes to bring precision farming to the masses with its app, Glas Data.

The world today produces enough food for everyone on the planet, but 815 million still go hungry, according to the Food and Agriculture Organisation of the United Nations (UN), out of a global population of around 7.3 billion. Hunger had declined for over a decade but is on the rise again, affecting 11% across the world.

By 2050, the population will be near to ten billion, and 75% more food will be needed. However, agricultural land can only expand by less than 5%, according to Deloitte.

So-called precision farming, which involves using data on crop yield, terrain, soil, nutrient levels and such is one possible solution to this shortfall.

You can’t manage what you don’t measure

Hoping to be part of that revolution is an incubator start up in Falmouth University’s Launchpad programme, Glas Data, with the mantra ‘you can’t manage what you don’t measure’.

Co-founder Robert Sanders says that technology now allows more measurement, of the soil and humidity for example, and the land can be monitored inexpensively using drones. But that data is seldom cross-platform, integrated into one simple to use, reasonably priced app, and the data gathering seldom fits with the farmer’s workflow. The data itself can be complex, difficult for the farmer to fathom, meaning they gain little from it.

The Glas Data app aims to collect, combine, and interpret data that will optimise farm efficiency, output, and profitability.

The data can be entered as the farmer gets on with their work. It incorporates data, lab test results and benchmarking, which would otherwise be hard for the farmer to interpret. As the data builds, artificial intelligence (AI) can be used to spot patterns which allow farmers to optimise production, Rob Sanders explains.

Farmers keep records and receive data in many different ways, both old fashioned and more modern, but the existing precision farming software, according to Glas Data, is expensive, often niche, and at the lower end of poor quality. 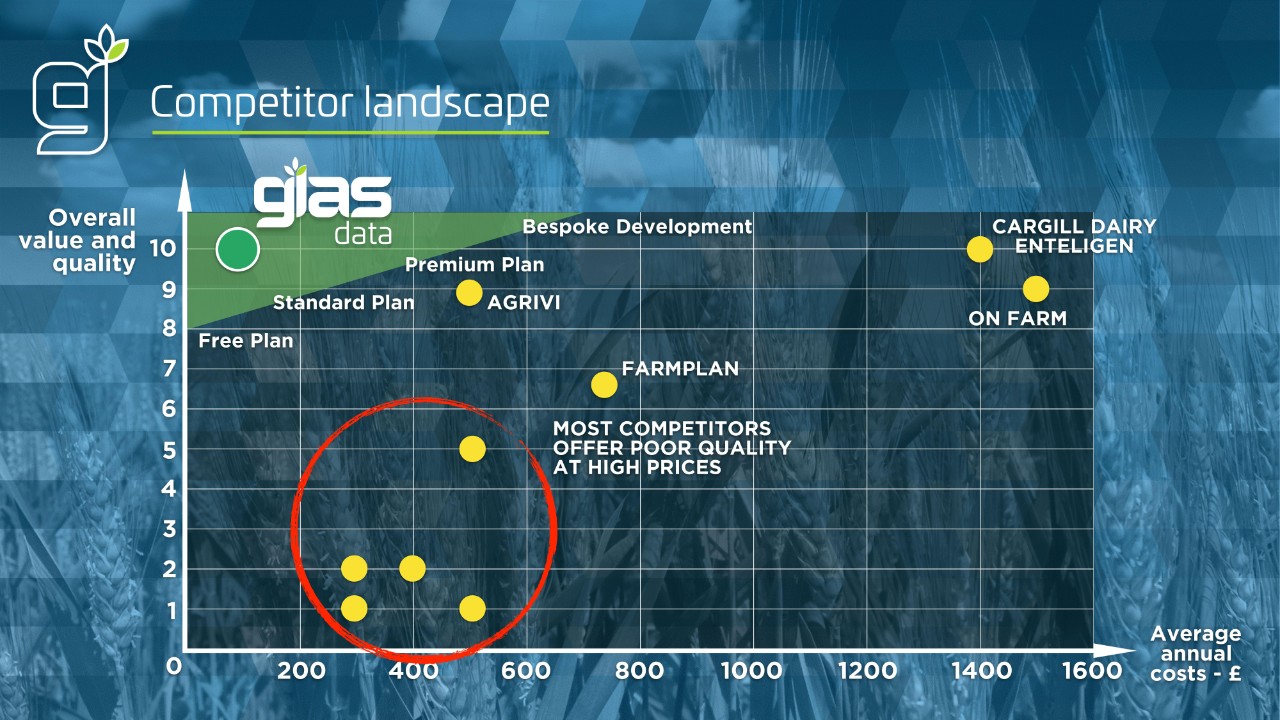 So, has it been a hard sell encouraging farmers to work with the Glas Data app?

Co-founder Colin Phillipson explains that, while the average farmer is 53 years of age and not that tech savvy, they recognise there is a need to upgrade themselves and be more productive.

Glas Data will offer the app as a free version to encourage take up, as well paid for levels with more data and options, scalable from a single farmer to conglomerate.

The opportunity could be considerable. The UK has 242,000 farms, and 7000 food processers. There are six million farms in the EU. The US and Asia are bigger again and Sanders says Glas Data will approach each depending on their unique needs. It is in talks already with a conglomerate operating in Eastern Europe and Africa. 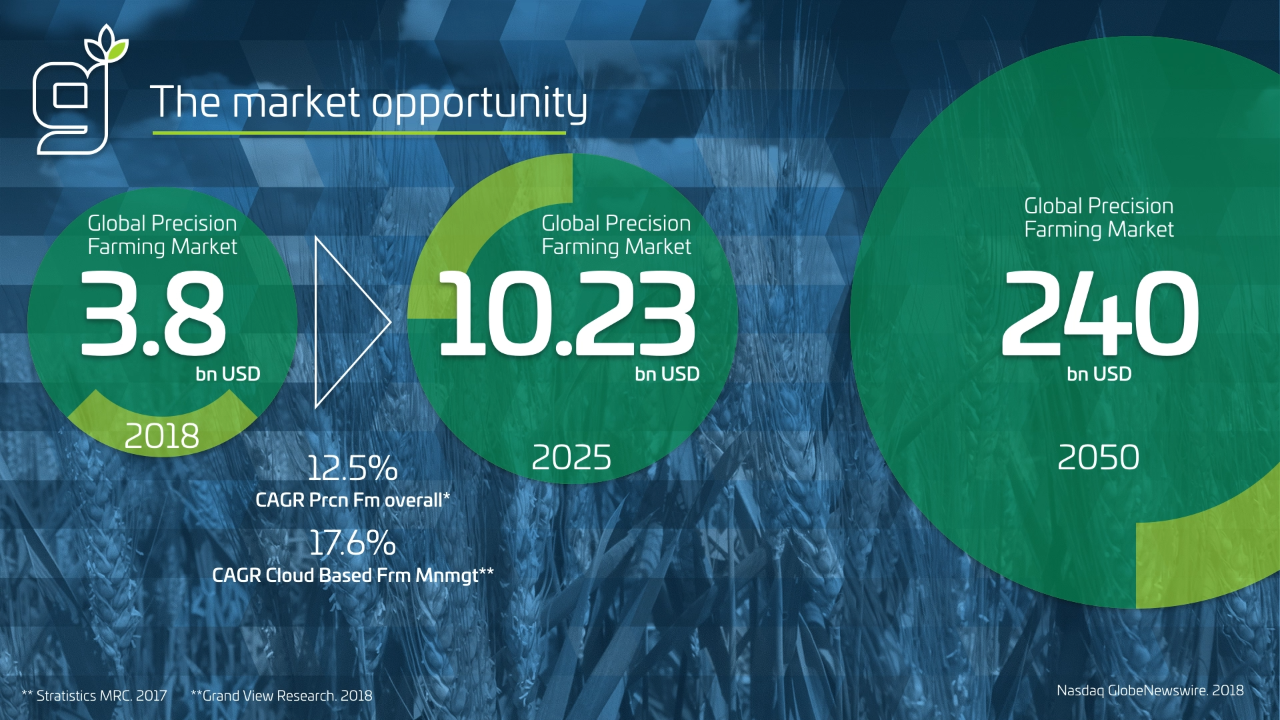 The patterns spotted by the AI, once aggregated across farms, regions and sectors, could ultimately be used by commodity traders. No one else is combining data from so many potential sources, Sanders says.

The farmers’ data is protected under General Data Protection Regulation (GDPR). Sanders explains that the ownership of data depends on where it originates, and that it is up to the farmer whether they wish to share theirs.

The Launchpad start up incubator is an entrepreneurship masters degree set up by Falmouth University, with the aid of the EU. Sanders and Phillipson of Glas Data are just completing this course and moving into the self funding phase, before raising £300,000-£500,000 later this year. They plan the public release of the Glas Data app to be in January 2020.