Asian equity markets drew little inspiration from the US in the past week, except for the boost at the end of the week. 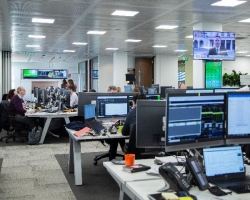 While the US remains in this Trump-on, Trump-off trading climate, Asian indices had seen general buying interest picking up against the backdrop of stabilising macroeconomic conditions. Key Asian indices, the Nikkei 225, HSI and STI rallied strongly since the start of the week with week-to-date gains exceeding their US counterparts.

Ahead of the meeting between President Donald Trump and Japanese prime minister Shinzo Abe today, the switch had also flicked back to a Trump-on environment. In a meeting with US airline CEOs on Thursday, President Donald Trump highlighted that something 'phenomenal' with regards to tax could be announced over the next two to three weeks. This have had and may continue to elevate sentiment in the near term.

Correspondingly, havens including gold saw prices retreating into the end of the week, falling to sub-$1230 levels on Friday. Despite the brief tune-up of optimism, the week ahead nevertheless holds key events and indicators that could shape trades.

The upcoming meeting between President Donald Trump and Canadian prime minister Justin Trudeau could potentially open up discussions on developments in the North American Free Trade Agreement (NAFTA), an item that the US president had put up for renegotiation. A dive into a protectionist outcome could once again kick-up de-globalization worries.

This would nevertheless be Yellen’s first appearance since January’s jobs report and the market would keep a close watch on updates here for US dollar influences and more.

A series of GDP updates can be anticipated from Asia in the week ahead. The key focus for Asian markets would likely be Japan’s Q4 preliminary growth rate to be released on Monday. The market consensus for Q4 GDP currently sits at 1.1% year-on-year (YoY) according to Bloomberg, which represents a slowdown from the previous quarter. Malaysia will also be updating the market on their Q4 GDP on Thursday while Singapore and Taiwan are expected to release their final growth figures from Wednesday onwards.

For the local market, Singapore’s January non-oil domestic exports (NODX) will be released on Friday and the market is expecting some moderation after two months of exceptional growth. With the latest better-than-expected Chinese trade data, one would not be surprised to see next week’s NODX figure falter less than expected. Notably, Singapore’s three local banks will be reporting on earnings in the coming week. Taking the lion’s share on the local bourse, the update is likely to exert a significant influence on the STI.