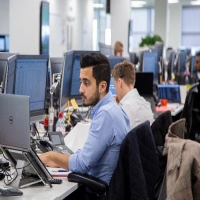 The Philippines trade deficit stayed above $3billion for the fifth consecutive month in August, while import percentage growth rose 11%.

Exports were also on the rise, with a 3.1 % increase from a year ago, to $6.16 billion, and imports rose to 9.68 billion. According to the Philippine Statistics Authority the increase was due to purchases in transport equipment and iron and steel.

Bank of Philippine Island Economist Emilio Neri said, “this is positive for the growth of the economy, but medium term this implies that there will continue to be upward pressure on the dollar/peso,’’ Mr Neri said.

Economists say the Philippines has been posting large trade gaps since last year, adding pressure on the peso and in turn pushing domestic inflation.

Mr Neri said the weak peso has helped push domestic inflation, which reached near decade highs of 6.7% in September, he said this could eventually prompt the central bank to hike interest rates by the end of the year.

The peso weakened to 54.24 against the dollar on Wednesday, upon the news.

The Philippines central bank are expecting imports to grow 11% this year due to demand for capital and consumer goods, as the government builds new airports, ports and highways. The bank also expects exports to rise 10%.