Markets are likely to focus on President Donald Trump’s upcoming address of the Congress at the start of the week before macroeconomic data takes over for the second half. 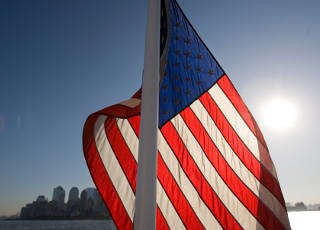 A month following the Presidential inauguration, President Donald Trump’s comments continue surprise the markets. For Asia, the latest set of comments, describing China as the ‘champion of currency manipulation’ does draw some attention on what to expect next.

US markets were seen turning topsy-turvy on Friday before clocking gains into the market’s close with gains led by the utilities and telecoms sectors, a notable defensive play. Headlines in the early part of Friday were hinting at an end to the Trump-led rally though we certainly have not seen a reversal yet.

While the relative strength index (RSI) alone does not paint the full picture, the extended duration in which we have found the comprehensive S&P 500 in overbought territory does serve as a warning sign. The upcoming address by President Donald Trump to the Congress will have its opportunity to either build or undermine the current market optimism. As House speaker Paul Ryan remarked, the address will be ‘an opportunity for the people and their representatives to hear directly from our new president about his vision and our shared agenda’, and that certainly builds anticipation for an impactful address by this pro-growth administration.

The end of the week once again brings the Baker Hughes oil rig count report which the market has been following religiously lately. In line with the uptick in crude oil supply, US oil rig count continue to rise for the sixth consecutive week, sending crude oil prices paring gains on Friday. WTI futures departed further from Thursday’s high, sinking back to $54.00 per barrel when last checked at 8:00am (Singapore time). Conversely, Commodity Futures Trading Commission’s Commitments of Traders report from the previous week showed net long positions remain on the rise, highlighting the bullishness of the market built on the back of OPEC commitment.

Asian markets generally pulled back on Friday but the day ahead brings with it mixed leads. The ASX 200 remain in a state of decline, weighed by both the key financials and materials sectors. Likewise, our morning calls for the Nikkei 225 sees it continue being pressured, though the step up in USD/JPY to $112.20 level could help to support the index. HSI and STI meanwhile are slated to see a relatively flat open on Monday.

Look towards an update on the January trade conditions for Thailand and Hong Kong today. Federal Reserve Bank of Dallas President Robert Kaplan will also be speaking during US hours while January pending home sales and Feb conference board economic confidence data will be reported.