World leaders have been unable to reach consensus for the first time, at the APEC summit in Papua New Guinea on Sunday, due to a divide caused by US and China's on-going trade war 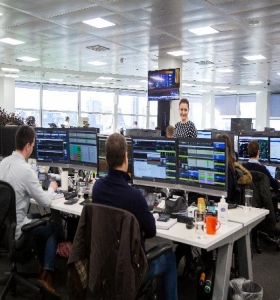 Asia-pacific leaders have been unable to reach consensus for the first time, at the APEC summit in Papua New Guinea on Sunday.

Deep concerns were raised among leaders on both sides over the United States and China trade war, and the involvement of the US and China in the Pacific.

There were also concerns related to China’s Belt and Road plan which was proposed in 2013 to expand land and sea links between Asia, Africa and Europe, with billions of dollars of investment from China.

APEC's established 1989 multilateral trade order is slowly crumbing due to conflicting sides. The main divide is caused by a dominating Chinese presence in the Pacific and US tariffs which have put a strain on the region.

"You know the two big giants in the room," Papua New Guinea (PNG) Prime Minister Peter O'Neill said at a closing news conference, when asked which of the 21 members of the Asia-Pacific Economic Cooperation (APEC) group could not agree.

Mr O’Neill also said there were conflicting views over whether mention of the World Trade Organization and its possible reform should be in the Leaders' Declaration.

While there were concerns over China and US, plans were put in place to help upgrade internet and electricity in PNG.

The US, Japan, Australia and New Zealand discussed plans to deliver a $1.7 billion plan for reliable electricity and the internet to PNG.

US and China conflict divides leaders

US President Donald Trump did not attend the meeting, instead had US Vice President Mike Pence attend in his place.

A senior economic official with China's APEC delegation, Wang Xiaolong said it was "not exactly a sticking point between any particular two countries".

Wang said, most members were commitment to preserving the multilateral trading system and supported a robust and well-functioning WTO.

According to Reuters, one diplomat involved in the negotiations said tension between the US and China had been bubbling all week and erupted when the Chinese government's top diplomat, Wang Yi, objected during a leaders' retreat to two paragraphs in a draft document.

Mike Pence said there would be no end to U.S. tariffs on $250 billion of Chinese goods until China changed its ways.

Asia-Pacific leaders could not issue the traditional communique at the end of the regional APEC forum, and instead PNG officials said it will issue a "chairman's statement".