Wall street was in a state of uncertainty on Thursday, as traders factored in the Fed’s latest policy meeting, and Trump’s tough talk on trade. 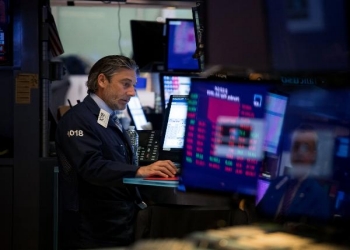 The Fed minutes revealed a majority member vote, agreeing that another interest rate increase was "likely to be warranted soon," while debating when to pause further hikes.

This comes after, Fed Chair Jerome Powell had said on Wednesday that US interest rates were "just below" neutral, causing many investors to read the remarks as signally a hold on further hikes.

The market reacted to his comments, with 80% factoring in a December interest rate hike pushing the US 10-year bond yield below 3% on Wednesday.

The US yield curve flattened in response to the US. Federal Reserve news.

US stocks had also opened lower amid apprehensions over US China trade talks.

Oil prices rose on Wednesday after talks Russia and OPEC had accepted the need for cuts in oil production.

Analysts say investors were also waiting for US President Donald Trump and Chinese leader Xi Jinping to discuss trade at the G20 summit over the weekend.

Trump said on Thursday there was "a long way to go" on tariffs with China and urged companies to avoid building products in China and keep business in the US.

“Underneath those we also have new tensions between Russia and the Ukraine, Italy and its fiscal situation, the Saudi’s and the controversy surrounding the Khashoggi murder, along with a myriad of regional issues faced around the globe.