It has been a big night for the USD, but the focus sharply turns to the AUD, where traders have the prospect of facing both Aussie consumer confidence (out at 10.30am AEST) and Q1 wage data (11.30am AEST). 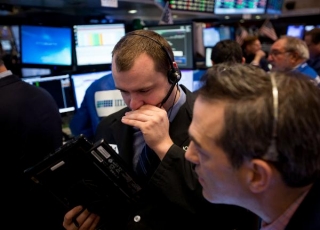 The US session has been marked by political scandal, with Donald Trump’s maverick behaviour promoting political analysts to question how great a fallout there will be from Trump disclosing highly classified inflation to the Russians and whether Israel (source: Wall Street Journal) or any of their allies thinking twice about passing on this information to the American’s going forward. It was largely expected that National Security advisor H.R McMaster was to be the sacrificial lamb, but this seems not to be the case and Mr McMaster he is to maintain his role.

Either way, whether it’s the sharing of classified information to non-allies or the sacking of the former FBI Director James Comey, Trump’s key administration continue to be busy cleaning up the ensuing mess. One has to feel for Sean Spicer who is seemingly unable to turn the tide of negative publicity towards the White House.

We have also seen a number of economic releases, with April industrial production gaining 1% (vs 0.4% expected), while housing starts and building permits fell and missed expectations. Interestingly, the Atlanta Fed’s Q2 GDP model was revised higher to 4.1%, although recall this model hasn’t been a great predictor of US growth for some quarters. It does tell us that at the margin that the data was a net positive, although this wasn’t reflected in the bond market, with yields down a touch across the curve and it’s interesting to see the USD down 0.6%.

If we look at the US dollar index, the technical set-up has turned far more bearish and the bias is clearly to trade the USD from the short side here. The USD index is trading at the lowest levels since Trump’s election victory and one could make a case that we even go on to test the spike low we saw on the day of 9 November of 95.88. Naturally, given the EUR’s sizeable contribution towards the US dollar index we need to take a view on EUR/USD and the volumes traded in this pair have ramped up.

Perhaps the stage was set on Monday with Angela Merkel’s CDU party polling so well in the German state elections, but when married with further signs of economic improvement in Europe in the form of a better-than-expected German ZEW survey the result has been EUR/USD smashing through the 5 May high of $1.0999. A move in this rally towards the post-Trump election victory high of $1.1299 is not out of the question.

Staying in FX land and AUD/USD has seen modest gains, with the rally that has been capped into $0.7440, while there has been some focus on EUR/USD, which is trading at the highest levels since September. As mentioned the AUD takes centre stage today and while the consumer confidence data is important, wage data is part of the Reserve Bank holy trinity of concerns – these being housing, wages and jobs. We get two of these variables this week (with jobs data tomorrow) and while the RBA feel wages shouldn’t fall from here it’s hard to see them moving progressively above 2% either. The playbook suggests we could see a nice rally in the AUD and sell-off in the rates market should wage head above 2.1%, while anything below 1.7% will accelerate the argument for rate cuts within the next six months.

Turning to Asia index open, and we are staring at modest weakness in the Nikkei 225 with USD/JPY trading weaker on the session and this naturally playing into headwinds for the exporters. We are calling the ASX 200 to open at 5858, with materials looking like they could outperform in the session ahead. We can sense check this with BHP’s American Depository Receipt (ADR) closing up 1%, while Vale’s US-listing closed up 3%. Spot iron ore closed up 0.6%, but the action has been in the Dalian futures complex, with iron ore, steel and coking coal futures gaining 3.7%, 2.5% and 1.2% respectively. Is the stage set for a renewed push higher in iron ore? The price action suggests that could be the case, so watch out for moves in FMG and AGO for signs that investors are seeing better days ahead, at least in the short-term.

Energy may struggle a touch today, with US crude trading 1.3% lower on the session. The event risk of oil traders will focus on here is the Department of Energy weekly inventory report at 10.30pm AEST, with expectations of a 2.4 million barrel draw in crude inventories and a 924,000 barrel draw in gasoline inventories. The lead indicator from the private API inventory report this morning is somewhat mixed with the report showing a 900,000 barrel build in crude inventories, but a sizeable 1.8 million draw in gasoline inventories. Oil has fallen 30 cents or so the market sees this as a net negative. One for the radar though.