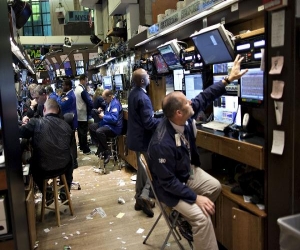 Shares of IOOF Holdings LTF fell 33% on Friday, in one of their steepest intraday drops to date. It comes as Australia’s prudential regulator seeks to disqualify IOOF MD, Chair and CFO.

Australia’s prudential regulator APRA is acting against five top employees for failing to act in their customers’ best interests.

APRA said in a statement it had concerns about conflicts of interest at IOOF since 2015 which the firm faileing to address the issues for years.

APRA wants to takedown IOOF’s managing director, chairman and CFO, and said it was seeking to impose addition conditions on the firm.

APRA deputy Chair Helen Rowell said “APRA’s efforts to resolve its concerns with IOOF have been frustrated by a disappointing level of acceptance and responsiveness,”

“The actions we are now taking are aimed at achieving enduring change to ensure that the trustees of the superannuation funds operated by IOOF fully meet their obligation to put the interests of members ahead of all other interests.

“Furthermore, the individuals included in the proceedings have shown a lack of understanding of their personal and trustee obligations under the SIS Act and at law, and a lack of contrition in relation to the breaches of the SIS Act identified by APRA.” He said.

IOOF has defended itself saying, the issues at hand have already been addressed, and the allegations against its executives were misconceived.

Shares plunged to almost 34% at time of writing and have more than halved in value over the last year, down from a high of $11.38.

IOOF stock has hit the lowest level since September 28, 2009, with more than 3 million shares changing hands.