US stock futures jumped on Sunday, in response to China and US coming to an agreement to calm the trade war. 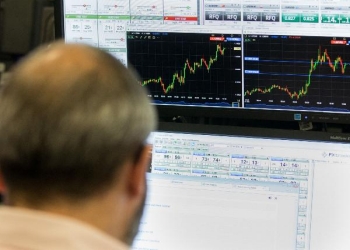 The highly anticipated meeting between president Trump and president Xi ended with a decision to shelve any new tariffs and resume discussions after 90 days.

The two agreed to de-escalate tensions over trade, which have had on-going affects on global markets throughout the year.

The outcome, which resulted in a US pledge not to boost tariffs on $200 billion of Chinese goods, could mark the most important deal in years between the two countries.

IG Market Analyst, Kyle Rodda says the short-term financial market implication of the truce, will depend on fUS-Sino relations improving.

“Regardless, for those with a concern for the structural matters directing future financial and economic activity, an appreciation of what was spoken over the weekend gives a keyhole insight into what can be expected in tomorrow’s world.” Mr Rodda said.

The move is expected to put a hiatus on conflict between China and the US trade, however some analysts say the move will have not have long-term impacts. They argue the 90-day halt is only a temporary fix.

The recent global market doom seen in the past few weeks in response to the US and China tensions, has somewhat lifted with Wall St responding well to the 90 halt.

Asian equities will surely be beneficiaries today, however considering the major ramifications of the weekend’s events, indices throughout Europe and North America stand to gain, too.” Mr Rodda said.

Mr Rodda predicts that traders will start to search for information over the next 24 hours to help determine how they trade. He predicts this will have a bullish sentiment across markets.