Shell sees earnings soar on the back of higher oil prices

The global oil and gas major saw its third quarter earnings rise by more than 35%, supported by the higher price of crude, but analysts expected better things the company. 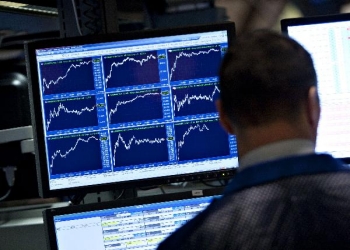 Royal Dutch Shell's earnings per share for its third quarter (Q3) increased by 35% compared to the same period last year, supported by a rise in oil, gas and LNG prices, as well as a strong trading performance in its integrated gas unit.

The oil and gas major saw its earnings attributable to shareholders on a current cost of supply basis climb to $15.7 billion in Q3, up from $11.5 billion a year prior, which represents a 37% increase.

‘Our strong financial performance allowed us to cover the cash dividend, interest payments, share buybacks and to further pay down debt.’

Total dividends distributed to shareholders in Q3 hit $3.9 billion and in October the first tranche of Shell’s share buyback scheme was completed, with around 61 million shares bought back for around $2 billion.

On Thursday, the oil and gas major launched the second tranche of its share buyback scheme, following through on its commitment to pass profits onto to shareholders that it made following the company’s acquisition of BG Group back in 2016.

‘Our strategy remains on track. We have completed the first tranche of share buybacks, in line with our intention to purchase $25 billion of our shares by the end of 2020, and today I’m pleased to announce the second tranche.’

‘Meanwhile, the transformation of our portfolio continued, with further divestments of non-strategic assets and the final investment decision on LNG Canada,’ Beurden added.

Looking ahead to it fourth quarter (Q4), the company expects gas production to be up to 40,000 boe/d lower because of divestments, while its LNG volumes are targeting an increase of around 0.3 million tonnes compared with Q4 2017.

The oil and gas major is also estimating oil products sales to fall by as much as 40,000 – 70,0000 boe/d in Q4 compared with a the same quarter a year ago, as a result of Shell’s decision to sell its downstream business in Argentina to Raizen, Brazil’s third largest energy company by revenue.

Corporate earnings excluding identified items are expected to be a net charge of $350 – 400 million in the fourth quarter 2018.