LSE to increase stake in LCH 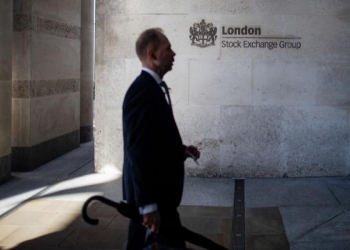 London Stock Exchange (LSE) has allocated €438 million to increase its stake in clearing house LCH Group by 15.1%, bringing its shareholding in the company to more than 80%, serving to tighten its grip on derivatives clearing and stem the threat of losing out to European rivals post-Brexit.

The news came after the LSE announced revenue growth of 5% to £464 million in the third quarter (Q3) 2018, with its total income increasing by 8% compared to the same period last year to £522m.

The history of LSE and LCH

The exchange first acquired a majority stake in LCH back in 2013, acquiring a 55% stake in the business in a deal that valued the clearing house at around €633m. The new deal is expected to be finalised before the end of 2018, the company said.

‘The third quarter results show continued momentum across the group, reflecting another period of operational execution and investment in the business,’ CEO David Schwimmer said.

LCH income increased 5% to £120m which was result of 12% revenue growth in over-the-counter (OTC) clearing, coupled with strong volumes at SwapClear and ForexClear which combined added a further 49% of growth in net treasury income, the company said.

The acquisition of additional shares in LCH is the first M&A deal that Schwimmer has made since taking over as CEO in August this year. The deal will be financed via a mix of cash and debt, with it expected to increase the LSE’s earnings per share once the acquisition is completed later this year.