What are the most popular cryptocurrency stocks amongst IG investors?

With the crypto assets rebounding sharply in the third quarter of 2021 we highlight which cryptocurrency related equities have been the most popular with IG investors this year. 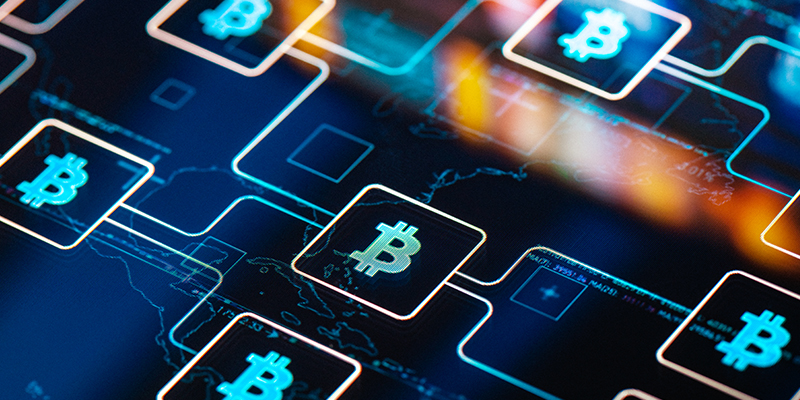 Cryptocurrencies bounced back in Q3 2021

Cryptocurrency assets have been on the rise over the last few months after the mass sell-off we saw back in May which extended into June. Yet, it was not all plain sailing in the third quarter of 2021 (Q3) as at the start of August cryptocurrencies crumbled due to tech issues during the launch of bitcoin becoming legal tender in El Salvador which sent bitcoin down -17% to just over $43,000. Nayib Bukele, president of El Salvador, doubled down after the crash and announced that the country had bought a further 150 bitcoins, bringing the overall total to 550 which equates to a current market value of $29.8 million.

Since then, however, cryptocurrencies mounted a monumental recovery in Q3. Once again, bitcoin has surpassed the $50,000 handle and is now, currently, the best performing asset class of 2021, up 90.5% year-to-date. The recovery extended to the wider crypto-market too and, overall, crypto assets gained 26.1% in Q3, based on Bloomberg’s Galaxy Crypto Index.

Coinbase, Argo Blockchain and Riot Blockchain have been the most popular cryptocurrency stocks

Given the strong recent performance in cryptocurrencies in the most recent quarter, what have IG investors been buying in their IG share dealing accounts? Within this article we will outline the top three most popular cryptocurrency equities in 2021 so far and give an overview of each.

As we discussed in our most popular stocks over Individual Savings Account (ISA) season article, which can be found here, Coinbase Global (COIN) has been incredibly popular amongst IG investors since it had an initial public offering (IPO) back in April this year and was the most popular share over ISA season. As you may have expected, Coinbase has not managed to maintain being the most popular stock after the initial IPO-hype but it is still ranked within the top 15 stocks year-to-date, even with its shares not being publicly traded for the first few months of 2021. Overall, it has been the most traded cryptocurrency related stock in 2021 amongst IG investors.

However, recently Coinbase announced that the US Securities and Exchange Commission (SEC) planned to take legal action against Coinbase if it proceeded to launch a digital asset lending product, called Lend. In a blog on the company website, the cryptocurrency exchange said that it did not know why the SEC wanted to sue them over Lend as Coinbase argued the product should not be categorised as a financial security. Adding to this, Brian Armstrong, the co-founder of Coinbase, said that he believes the SEC lacks transparency. Subsequently, on 20 September 2021 Coinbase announced that it has made ‘the difficult decision’ to drop the proposed launch of Lend amid pressure from the regulator. Coinbase’s share price fell 12.4% in September.

Having said this, the chief executive officer (CEO) of Coinbase has suggested that investing in the firm is essentially like an index bet on the wider cryptocurrency space, highlighting the fact that Coinbase has over 100 crypto assets available on their exchange. We have conducted some analysis to test Armstrong’s suggestion and it does seem to hold true to some extent. The chart below plots the daily returns of Coinbase’s share price against the Bloomberg Galaxy crypto index, which measures the performance of the largest cryptocurrencies. As we can see, the daily returns follow a similar trend and over this period there was a strong positive correlation of 0.8 over the 94 trading day period seen below. Having said this, as Coinbase has only listed this year the sample size is relatively small so although this trend has been observed within the period below it does not necessarily mean it will continue this way.

IG investors have shown a keen interest in Argo Blockchain (ARB) this year and is the 15th most popular stock in 2021 so far. Argo, based in London, became the first crypto-mining service provider to list on the London stock Exchange (LSE) back in August 2018 and since then has seen an astronomical rise in its share price. The huge jump in Argo’s share price came in conjunction with the crypto boom we saw in the run up to Christmas 2020 and is, at the time of writing, up +685.8% since its IPO, or 89.1% annually.

In its most recent half year results, which Argo announced on 9 August, the group reported record pre-tax profits of £10.7 million, up from £0.5 million in the same period in 2020, and a increase in revenue of 180% due to an increase in both production and bitcoin prices. Argo’s revenue streams are split between crypto mining and management fees with the overwhelming majority being derived from crypto mining which accounted for 96.3% of income in the first half (H1) 2021. The remaining £1.1 million of revenue came from management fees on services provided to third parties to manage cryptocurrency mining machines on their behalf.

Argo also announced that they have broken ground at their new West Texas facility, named the Helios project. In March 2021 the group acquired 320 acres of land that gave Argo access to a potential 800mw of power for an initial $5 million, which could rise a further $12.5 million if contractual milestones are met. Argo expects the first stage of this development to be completed in the first half of 2020, which is a 200mw mining facility of 'clean energy at low prices', according to its CEO.

The third most popular cryptocurrency related stock this year has been Riot Blockchain Inc (RIOT). Similarly to Argo Blockchain, Riot is primarily a cryptocurrency mining company with approximately 95% of its revenue generated through cryptomining. The remaining 5% of Riot’s revenue is derived from its data centre hosting operations. An important differentiator is that Riot now exclusively focuses on bitcoin mining as of early 2020, prior to this the company also mined bitcoin cash and Litecoin.

The way cryptocurrency miners actually generate coins, like bitcoin, is by utilizing specialized computers that are fitted with application specific integrated circuit (ASIC) chips, known as miners, to solve extremely complicated cryptographic algorithms to support the blockchain. In exchange for this, miners are gifted rewards in the form of cryptocurrencies. In general terms, miners that are more advanced and powerful have a much greater chance of solving a block and therefore have a better chance of receiving a reward.

It is due to this that Riot has been expanding its mining capabilities over the last few years by purchasing the latest generation of more powerful ASIC miners, which are also more energy efficient. Further to this, on 26 May 2021 the firm acquired Whinstone Inc., who owned North America’s largest bitcoin hosting and mining facility in a deal worth $460 million. Both the acquisition of Whinstone and capital investments in bitcoin mining are central to the firm’s core strategy, meaning Riot will, more than likely, continue to invest to expand mining capacity.

The impact of these strategic decisions can be seen with Riot’s most recent production update. In September 2021, Riot announced that it produced 406 bitcoins, up from 91 in the same period last year – an increase of 346%. Furthermore, the bitcoin miner has produced 2457 bitcoins year-to-date thus far which is up 236% from the same period in 2021. Overall, Riot held approximately 3534 bitcoins as of the time of writing, which has a current market value of $192.8 million.

You can trade any of the stocks mentioned in this article as well as over 10,000 shares available on the IG share dealing platform from as little as £3 per trade.

● Discover how to invest your money

● Understand how to build a diversified portfolio and manage your risk

● Discover how to invest your money

● Understand how to build a diversified portfolio and manage your risk