Another four Fed hikes possible in 2019

There could be another four quarter point interest rate rises in the US in 2019, according to Jeremy Lawson of Aberdeen Standard Investments, as well as the three to four expected this year.

Doubling down on four rate hikes

Jerome Powell, chair of the US Federal Reserve (Fed), is confident about the central bank’s current path and could withdraw support at a faster pace, according to Jeremy Lawson, chief economist with Aberdeen Standard Investments. This slightly more hawkish take on the US economy at Powell’s debut testimony to Congress as Fed Chair is down to the trend seen in US economic data, its fiscal policy outlook and global economic developments.

Ahead of the testimony, the market was pricing in three to four rate rises in 2018 with the first quarter point increase at the 20-21 March meeting. The probablility of a fourth hike in December is running at 26%. Come 2019, few more increases are expected by the market, but ASI are forecasting another three to four.

The dollar climbed on Powell’s testimony, but the currency is still just above levels last seen in December 2014. 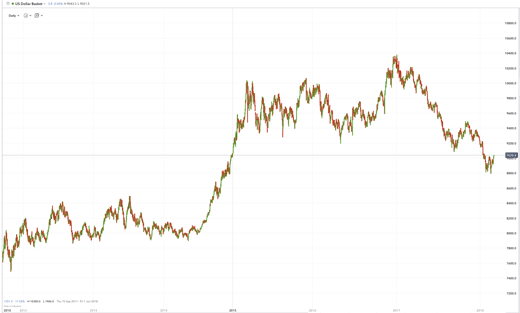 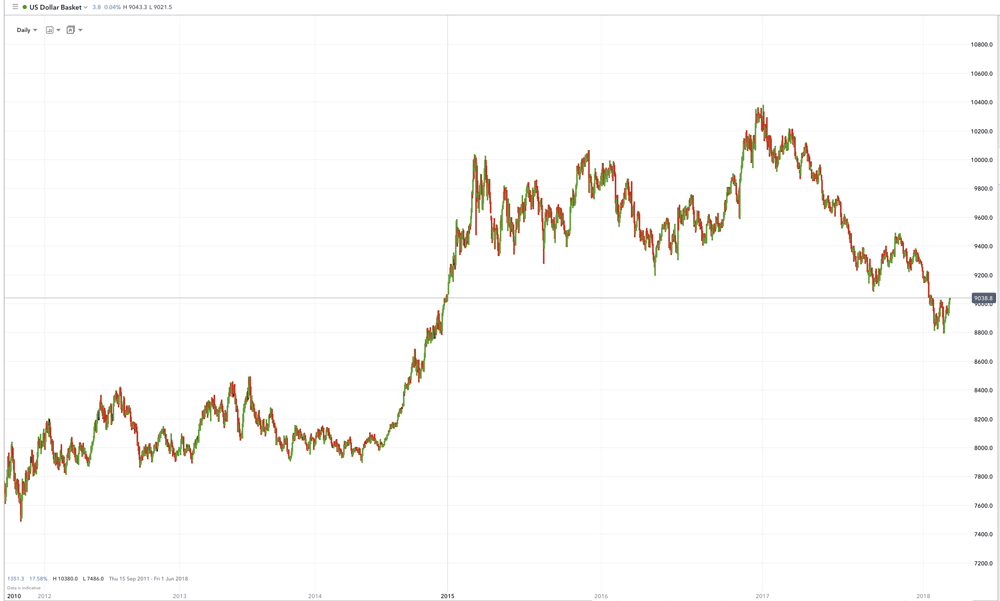 Lawson explains this is because growth elsewhere in the world has been stronger than the US. The recent spike in equity market volatility has halted the greenback’s slide, he adds. Opposing forces on the dollar could be more balanced in 2018 with the need to fund President Donald Trump’s fiscal stimulus.

Trump signed the bill for $1.3 trillion of tax cuts in December, equivalent to a near 7% boost to the country’s $19 trillion economy.

This is fiscal easing when economy doesn’t need it, Lawson says, boosting short-term growth but putting pressure on the Fed to tighten policy quicker, meaning growth from 2020 onwards will slow.

In terms of bonds, the risk is less from the Fed than from that fiscal easing. With the Fed now reducing its balance sheet, long-term bond yields will have to rise to compensate for both that and the funding demand of the tax cuts, the chief economist added.

The Fed has already started reducing its balance sheet, so-called quantitative tightening, but at just $10 billion a month on a balance sheet around $4 trillion. Powell suggested to Congress in the autumn that the central bank might reduce its balance sheet to $2.5-$2.9 trillion over time. Tightening less than half of its $3.5 billion easing.

Lawson welcomed a move away from his predecessor Janet Yellen, in that he revealed his own personal views in the question and answer session, rather than those of the committee.