As base metal prices rise, are the big mining stocks still attractive?

Recent strength in iron ore prices should remain supportive of mining stocks, as we look towards the end of the year. The Chinese government seems to have imposed cuts on production on steel mills, amid pollution concerns, which has in turn boosted steel prices and then iron ore as well. The rise in iron ore comes even as stockpiles rise, with recent surveys indicating inventories of 136 million tonnes, rising for the fifth week in a row. While it is hard to determine a precise correlation between iron ore and steel prices, expectations of further production cuts should help boost prices once more.

October was a good month for copper prices, as the red metal rose to its highest level since February 2014. If activity in the options market is anything to go by, traders expect further gains. London Metal Exchange (LME) data, noted by Bloomberg1, indicates that call options (which are used by those expecting higher prices in the future) were looking at copper moving above $10,000 per tonne, from the current $7000 per tonne. Electric car demand appears to be playing a part, as not only Tesla but established giants like BMW get in on the act.

Turning to the UK-listed miners, Rio Tinto and BHP Billiton remain the interesting ones to watch, especially now they have recovered from their mid-year sell-off. Societe Generale recently upgraded its view on the entire sector, arguing that the sector’s current valuations understate the longer-term potential for earnings growth. With copper and aluminium likely to see price rises along with iron ore, it makes sense to keep watching the sector.

We have seen Rio Tinto push above the January 2017 high of £37.17p since August, although momentum continues to falter. The post-April uptrend with higher highs is still intact however, and it would need a move below the 200-day simple moving average (SMA) of £33.83 to turn the outlook more bearish. 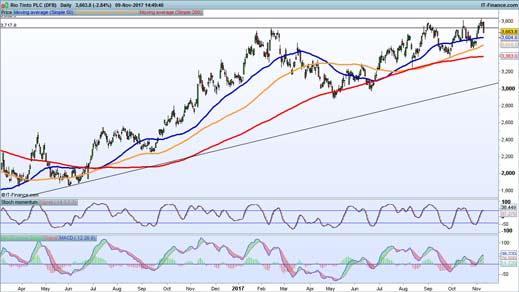 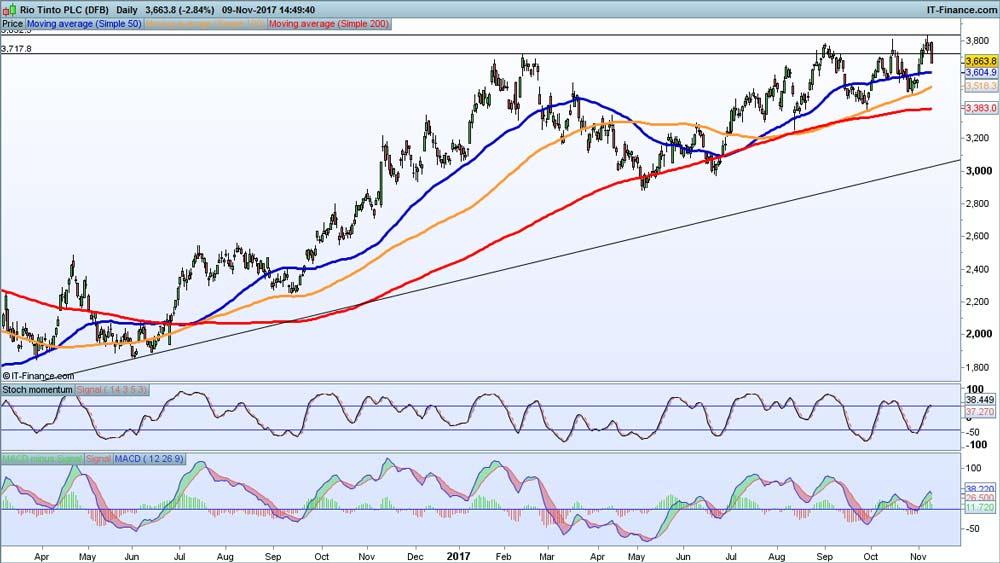 BHP’s chart is perhaps less bullish, having seen lower highs since the beginning of the year. However, the post-2016 uptrend is resolutely intact, and it would need a drop below £13.00 to really signal more weakness ahead. 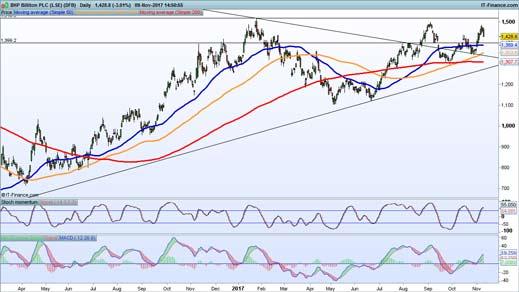 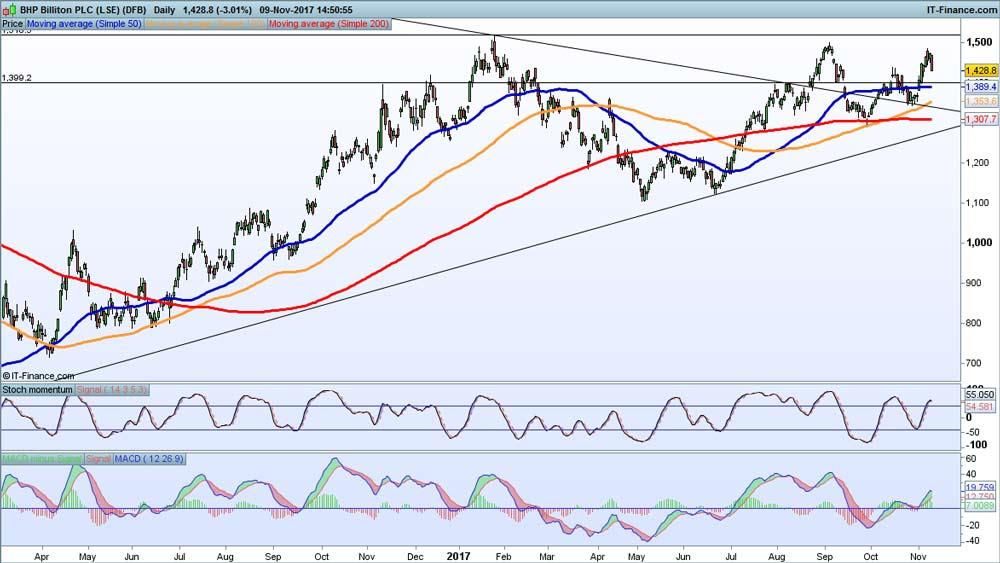 As the global economy continues to expand, and raw material demand heats up, miners remain attractive. The large, diversified names still take the top spot thanks to strong balance sheets and healthy yields.