The Mercedes-Benz owner announced that it plans to spend billions on battery cells over the next 10 years to prepare the company for its ‘electric future’. 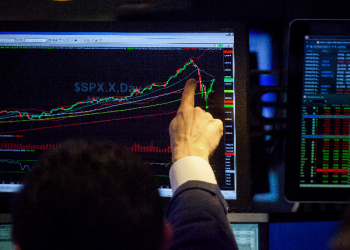 Daimler announced on Tuesday that it has allocated €20 billion to spend on battery cells over the next decade in a move that will see it electrify its entire range of fossil fuel powered cars.

The German carmaker declined to name which supplier it will acquire it batteries from, but the company did say that they are ‘already producing battery cells in Asia and Europe and are continuing to expand in Europe and additionally in the USA’.

The Mercedes-Benz owner plans to electrify its entire fleet of luxury and commercial vehicles by 2022, with its product line comprised of vehicles powered by a with a mix of plug-in hybrids, battery cells, and hydrogen fuel cells.

‘After investing billions of euros in the development of the electric fleet and the expansion of our global battery network, we are now taking the next step,' Daimler CEO Dieter Zetsche said.

‘With the purchase of battery cells for more than 20 billion euros, we are systematically pushing forward with the transformation into the electric future of our company.’

By 2025, sales of battery-electric vehicles are to increase to 15-25 percent of total unit sales – depending on individual customer preferences and the development of the public infrastructure, Daimler said.

Daimler has been gaining experience with electric trucks since 2010 and has had its first all-electric truck in series production on the market and in customers’ hands since last year: the Fuso eCanter light-duty truck, the company added.

‘With extensive orders for battery cells until the year 2030, we set another important milestone for the electrification of our future electric vehicles of the EQ product and technology brand,’ Wilko Stark, Member of the Divisional Board Mercedes-Benz Cars, Procurement and Supplier Quality.

’In this way, together with our partners, we ensure the supply of our global battery production network today and in the future using the latest technologies.’