The British homebuilder announced strong profits and revenues growth in its full-year 2018 results, but the company warned that Brexit could put a dent in spring sales. 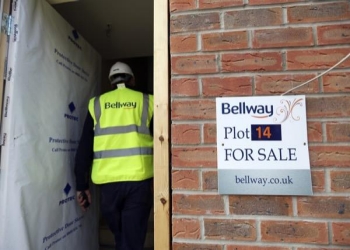 The FTSE 250 company, which is among the top five home developers in the UK, caveated its successful results; warning investors that Brexit could harm consumer confidence in the housing market and hurt spring sales.

‘As housebuilders continue to increase output, there remains upward pressure on build costs throughout the industry,’ Bellway said in its results.

‘A shortage of skilled labour remains the greatest constraint to growth, but there is also a shortage of key materials, such as structural timber, plastics, bricks and blocks, with these exacerbated due to capacity issues in the broader building materials sector.’

To offset these cost pressures the company will implement several cost-saving measures, including the development of new standardised house types to protect future margins.

Overall, the UK housing market has slowed in the wake of the Brexit vote, but the homebuilder said that house price increases continue to outpace that of building cost increases.

Bellway targets the sub-£600,000 end of the housing market which falls within the government’s Help-to-Buy scheme which continues to bolster the new build sector.

‘Help-to-Buy remains an important selling tool, accounting for 39% of completions, with its use more pronounced in London, where affordability is most constrained,’ Bellway said.

‘It provides affordable access to mortgage finance for many, particularly those hoping to make their first move on the housing ladder, with approximately 67% of Bellway customers using Help-to-Buy being first time.’