Australian shares fell to the worst lows seen in two years on Monday, with growing concerns over slowing global growth and rising US and China trade tensions. 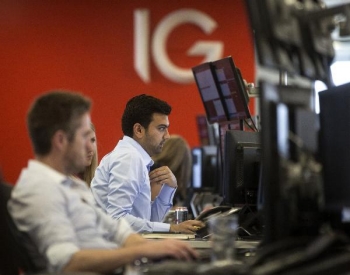 Analysts say there are many factors at play, and data may have contributed to bringing down the shares, ignitubg China and US tensions.

This comes after China on Sunday demanded US to withdraw the arrest warrant of Huawei global CFO, Meng Wanzhou.

Meng was arrested last week in relation to violating sanctions after allegedly covering up her company’s links to affirm that they tried to sell equipment to Iran.

IG Market Analyst Kyle Rodda says markets are skittish that we are gradually approaching a period of slower growth.

Mr Rodda also believes weak US and China data over the weekend may have also kept markets volatile.

“US growth has been in expansion for nearing a decade now -- that's very long time by historical standards. Throw in what's happened in US-Sino relations, the weekend's poor Chinese data, soft-NFPs on Friday, and stacks of risk this week, traders are selling out of risk.” Mr Rodda said.

The energy index fell 1.6%, while healthcare and technology stocks also feeling the heat due to high exposure to US markets.

Mr Rodda says there are also cyclical factors at play.

“More or less, with the Fed no longer supporting markets and the economy, there are concerns that the global economy won't be able to stand on its own two feet.” Mr Rodda said.

Metals and mining index and the gold index were the only sector indexes recording gains on Monday, with most major sectors trading in red.

Australia’s ‘big four’ banks were also feeling the hit, trading lower on Monday with Commonwealth Bank of Australia falling up to 2.9% and Australia and New Zealand Bank falling as much as 3%.