Asian markets need increasing amounts of lithium to meet the demand of lithium ion batteries used in electric cars. But where will this lithium come from? IGTV's Jeremy Naylor speaks to Bacanora CEO, Peter Secker, about their recently published feasibility study on lithium production.

Following the recent lift in forecasts for electric car usage, lithium prices have risen in tandem.

Bloomberg New Energy Finance (BNEF) says that sales in electric battery vehicles in the third quarter (Q3) of 2017 was 287,000 units, up 63% from the same period in 2016. This gives a nine month total of 350,000 vehicles sold between January and the end of September 2017. BNEF says that by 2030 global electric vehicle sales will be in excess of 24 million units annually.

So where will the lithium come from? This is the metal that, at the moment, is critical in transportable battery composition.

Expectations among the mining community is that, while it seems Earth has enough lithium to go around, BNEF says that lithium ion battery manufacture over the next 12 years will require 1% of the world’s supply. The big question is where are the new mines to bring this supply on?

London and Toronto-listed Bacanora Minerals has just passed a significant milestone with the publication of the feasibility study from its Sonora lithium mine in Mexico. Indicating a net present value of $1.25 billion in resource, CEO Peter Secker tells IG that its cost of production is in the lowest quartile at $4000 per ton. With lithium prices currently around $13,000 per ton, the internal rate of return (IRR) is 26%.

So what does Bacanora have to do to begin production? Secker is hopeful that, subject to the funds being available and the project working to schedule, that production will begin in the first quarter of 2020.

Recently, Bacanora has seen some big names take a position in the company; BlackRock, M&G, Hanwa and Igneous each with a 10% holding, and Capital Group on 7%. Secker says he hopes that those shareholders will provide ‘strong support’ when it comes to raising the $420 million in capital expenditure needed to fund the mine works.

Once up and running, Bacanora fully expects that all of its lithium production will go to Asia, where, according to Secker, 95% of all lithium ion batteries are made. Does he see demand from US electric car giant Tesla? No, the company’s focus will concentrate on supplying producers in China and Japan.

With its market capitalisation at £139 million, finding the funding could be critical to the future direction of Bacanora’s share price. 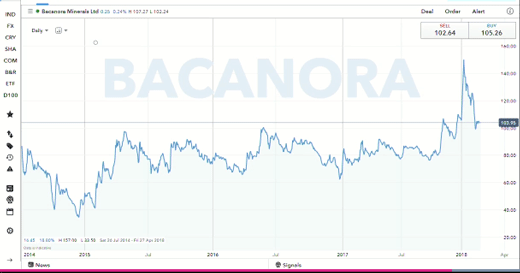 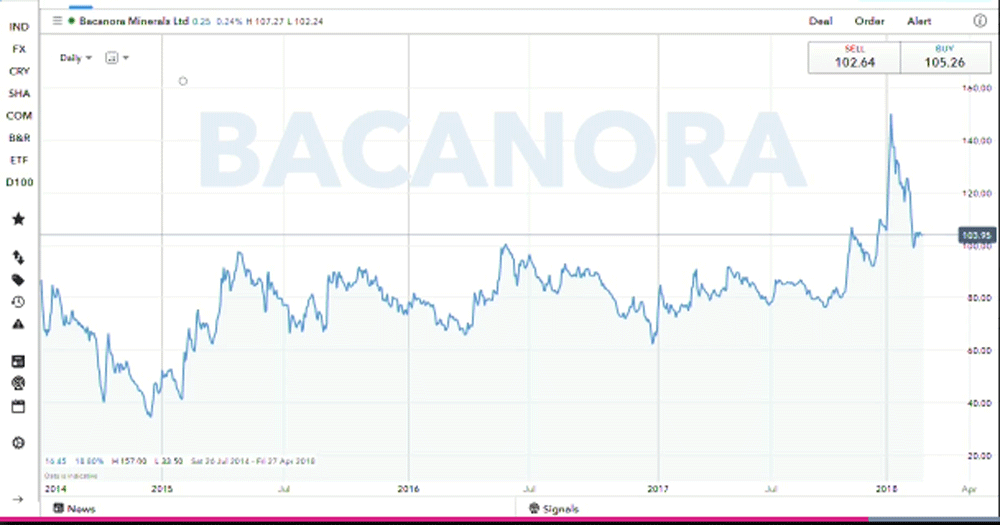