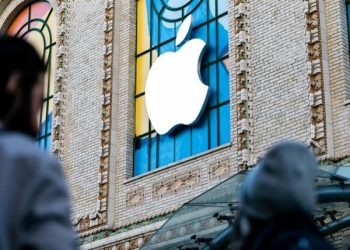 Apple has lost a recent legal battle and can't sell some models of the iPhone in China as a result. A Chinese court found the tech giant guilty of patent violation. Qualcomm sued the company and won an intellectual property battle.

Qualcomm has long accused Apple of copyright infringement. The chipmaking company has alleged that the tech corporation has violated its patents that lets customers rearrange the size and appearance of pictures on a phone. An injunction was filed in China’s Fuzhou Intermediate People’s Court. The court ruled in Qualcomm's favor. Apple has denied any wrongdoing.

Apple released a statement reassuring customers that they can find iPhones for sale in China. They also assert that the decision only affects older models of the devices.

‘Qualcomm's effort to ban our products is another desperate move by a company whose illegal practices are under investigation by regulators around the world. All iPhone models remain available for our customers in China. Qualcomm is asserting three patents they had never raised before, including one which has already been invalidated. We will pursue all our legal options through the courts,’ said Apple.

Qualcomm released a statement of its own responding to the ruling.

‘We deeply value our relationships with customers, rarely resorting to the courts for assistance, but we also have an abiding belief in the need to protect intellectual property rights, ‘ said Qualcomm.

How Apple deals with court decision

The corporation has vowed to appeal the court’s decision. Apple’s stock has been struggling lately as it revealed a worse-than-expected third quarter (Q3) earnings report. Despite the recent legal decision, the company's stock rose hours after the finding by the Chinese court.