Trader thoughts - The long and the short of it

Politics dominates markets and we now have a UK election on 8 June to contend with. However, it will clearly not have the far-reaching implications that the French elections hold if a Marine Le Pen victory emerges. 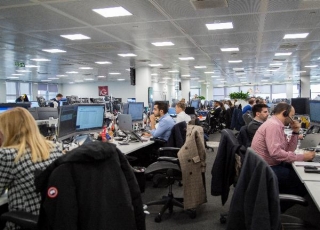 What it does give traders though, is some increased volatility in GBP denominated assets. This has already emerged, with good buying in UK gilts and GBP. In fact, GBP has flown against all G10 currencies and notably against the CAD and AUD, although much of this would be down to a record level of GBP short positions (held by speculative accounts) buying back to close.

We should see Parliament approve the election later today and from here, we should see Theresa May’s calculated gamble put into action. The market is saying that Theresa May is going to have a strong mandate by which to govern and clearly solidify her position. Furthermore, if the polls are correct, then the Tories current majority could increase by six-fold to over Labour to 112 seats. There are even suggestions that this could be as high as 206 seats, if the Labour party well and truly disintegrates.

This majority will allow swifter, potentially easier passage for legislative changes over the next two years. Theresa May will have to rely less on outlier groups in her party, or even Labour for support. Recall, the timeline to achieving a deal with the European Union is incredibly aggressive, but this election may give her a stronger hand and a reduced chance of negotiation failure. This is a positive for the UK in some manors of thinking, although there are still huge risks for the UK and this should keep a lid of GBP buying on an ongoing basis.

The question then is how hard the Liberal Democrats are going to push to be the party of all things anti-Brexit. This is what we saw working quite successfully in the Richmond by-election back in December. Recall they have a lowly nine MP’s in the Commons (out of some 650), so they are not a force for the election, but they offer the UK public something different. For some, this election will simply be a re-run of the UK referendum and the Lib Dem’s give them an alternative. We are still keenly anticipating whether Nigel Farage will run in the election as the leader of the UK Independence Party (UKIP).

Aside from UK politics, there has been a general risk-off tone in markets, with some fairly average earnings (relative to expectations) from Goldman Sachs. This has caused good selling in the S&P 500 financial sector, also driven by a further flattening of the yield curve, where the curve (or the difference between two and ten-year Treasuries) is threatening to break the 100 basis point mark. The US ten-year Treasury has pushed down to 2.16% (down eight basis points), which in turn has promoted selling of USD. A weak March factory output print at -0.4% has helped that along and some of the calls for next week’s US Q1 GDP are firmly below 1% now.

It promises to be a fairly lively session in Australia too, if we aggregate all the information that has unfolded overnight. Importantly, SPI futures are lower by 37 points and we are calling the ASX 200 cash to test the 5800 level on open. Technically, the top of the former January to late March trading range at 5830, which has been acting as strong support throughout April, has given way and this opens up a move into 5770. I would be using any strength in the market as an opportunity to initiate new short positions.

The talk locally is all about bulk commodities, although we are seeing a lot of activity in gold and there has also been a strong sell-off in copper (-2.6%). Spot iron ore though, has dropped 4.6% to $63.20, while the Dalian iron ore and steel futures contracts have lost a further 2.6% and 1.5% respectively overnight. The falls in iron ore have been swift and aggressive, with futures falling 29% in 22 trading sessions. BHP is expected to open 1.6% lower based on the moves in the American Depository Receipt (ADR), with CBA’s ADR -0.6%.

US crude has found a few sellers in late trade, with the weekly API inventory data showing a draw of 840,000 barrels of crude and a 1.37 million barrel build in gasoline inventories. The gasoline numbers are where the concern lies given the market is positioned for a sizeable drawdown of inventories in tonight’s (12.30am AEST) official inventory report. It seems there are risks that the consensus numbers will not be met.