It’s an assumption of seasonality versus a drip feed of event risk aimed at stirring deeper fundamental wells for the global markets this week. 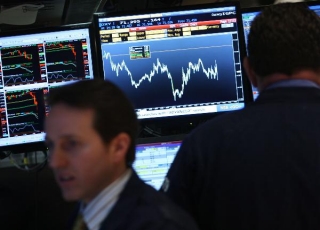 The first full session didn’t hit a full stride on any of the particular fundamental pillars that have been responsible for the big moves of the past months: geopolitical tension; monetary policy contrast; or underlying risk trends. However, in the days ahead, we will see the scheduled event risk grow more pointed and topical.

Wall Street: The US equity market opened Monday strong, but would finish its day on a weak footing. The good will among speculators that attempted traction through the day was spent by the time the Americans were at their terminals. That said, the slide to retrace the day’s gains didn’t generate any serious concerns for those already extended on their exposure. From the infamous VIX Volatility Index, the sometimes ‘fear’ sometimes ‘insurance’ measure dropped back below 10.

It has been 16 trading days since this increasingly popular measure closed below double digits, but the extreme reading no longer generates any greater degree of conviction or skepticism. ‘Complacency’ imparts a sense of risk to a more detached ‘contentment.’ Whether we are looking at benchmarks like the S&P 500 and Dow, speculative favourites like the FANG group or the supplementary readings like VIX across the system; the potential risk far outstrips return that can be projected. The question for traders paying attention to the speculative landscape is, how long to go with an irrational tide?

Bank for International Settlements: Over the weekend, the Bank for International Settlements (BIS) had a few warning shots in their 260 page 87th annual report for the Australian consumer and household.  In their report, the BIS noted that Aussie households looked to be one of the world’s most vulnerable to rising interest rates. Specifically, the BIS warned that an eventual hike of 250 basis points is where they would expect to see trouble brewing for borrowers to service their debt.

To be fair, a 250bp rise in the RBA rate is nearly unimaginable in the current environment (current RBA Cash Rate is 150bp), but understandable within view of the long-run average. The BIS believes a rise in borrowing costs would pinch consumers whose best success in finding new jobs has been in low-wage industries like food, accommodation, and health care. Over the last four years, AU household debt has risen 15%. The growth in borrowing can be seen best in the local housing markets that have seen a doubling of property values since 2009 in Sydney and Melbourne.

Monetary Policy: The next 48 hours will prove a critical period for monetary policy – whether on a relative basis where currencies compete against one other or cumulatively as the foundation for the excessive risk appetite through the preceding years. On Tuesday, a range of Fed speeches will be led by Chairwoman Janet Yellen’s discussion of global economic issues.

Also on tap for the day is a financial stability report from Germany (the Finance Ministry, Bundesbank and GaFin) as well as one from the United Kingdom (Governor Mark Carney will give a presser). How are financial conditions from countries with such large stimulus programs? Looking a little further afield, Wednesday will hold a panel that will bring together leaders for some of the most dovish central banks – ECB, BoE, BoJ and BoC. Be wary.

Asia Forecast: While we should take account of the progress of bigger storms, there is plenty of event risk on the immediate landscape which traders should keep tabs on through the Asia session. New Zealand will report its May trade balance. Japan is set to print its ‘flow of funds’ data for the first quarter. Perhaps most interesting are the Chinese industrial profit figures and Chinese Premier’s speech. Given the recent warning from the from China’s Banking Regulatory Commission on local banks’ loose lending practices representing a possible systemic risk, the global markets have paid closer attention.

Australia Dollar: In a reversal of fortune from its performance Friday, the Aussie Dollar was the FX market’s top ‘major’ performer Monday. However, breadth didn’t necessarily assure depth. While the dollar managed to outpace all of its most liquid counterparts through the session, only the AUD/JPY managed to close at a significant level (the highest since the beginning of April). Given this pair’s – and all Yen crosses’ – connection to risk trends, its rise will draw few expectations of instant momentum.

ASX: The bidding war for Australian coal mines may be coming to a close as Rio Tinto Group (RIO ) told their investors that they saw more upside in taking Yancoal Australia Ltd.’s bid (YAL) over Glencore’s due to the probability of a quick and successful sale. Yancoal, the China-backed firm increased their offer by providing $240m in royalty payments and a break fee to the previous $2.45b cash offer to bring the total offer to $2.69B to further distance themselves from Glencore in the bid. With little AU data outside of the ANZ Roy Morgan Weekly Consumer Confidence survey, the ASX looks poised to drift at the cue of international stimulus like NZ May trade data.

Commodities: The yellow metal saw a sharp drop on Monday that was blamed on an erroneously entered - though cleared - trade that saw 1.8 million ounces traded in seconds on the COMEX. The volume per minute exceeded the volume experienced when Donald Trump was announced President of the US in November and the Brexit vote from over a year ago. Gold is currently trading below the 100-day moving average, and while an error may have been made, the sharp move simply carried the July trend lower, just at a faster clip as Gold settled down by roughly 1% on Monday.