Bullish breaks for the indices see the Dow hit record highs. However, with the DAX and FTSE 100 at key resistance levels, another surge is required.

FTSE 100 breaks back towards record highs

The FTSE 100 has managed to recover much of the ground lost earlier in the week, with the price moving towards the 7705 record highs overnight.

That level will dictate the state of play for the day, with an hourly close above 7705 pointing towards another surge higher from here. As such, watch for how the index responds to that area of resistance, as a gauge of where the index will go next. 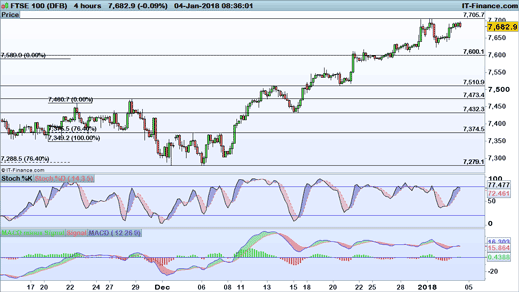 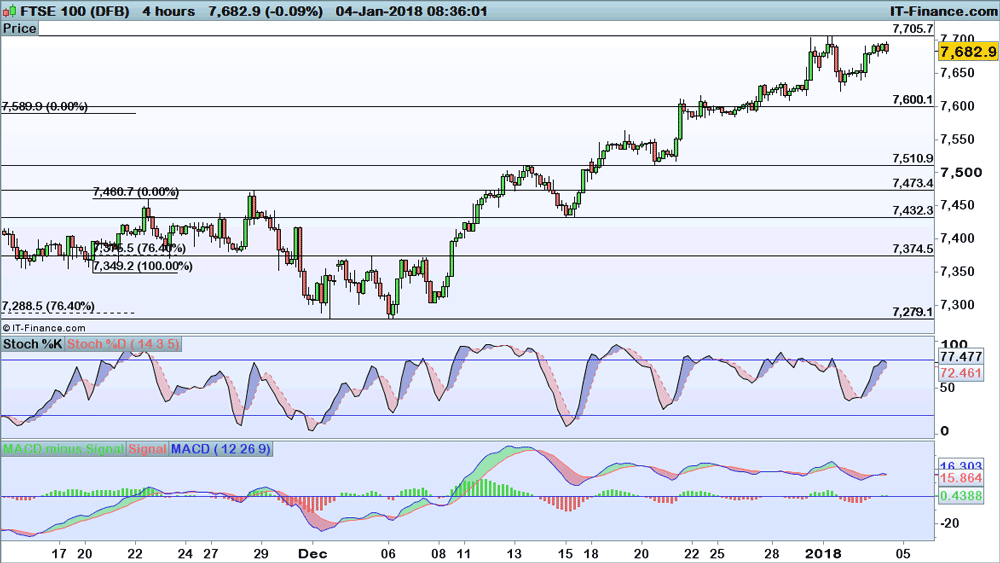 The DAX has also regained ground following early weakness this week, with yesterday’s break above the 12,948 resistance level providing another leg higher.

This has taken us into the 13,133 resistance level, which will dictate the price action going forward. Should the price break above that resistance level and post an hourly close, it would point towards further upside to come. Alternately, with the price overbought on the stochastic, and trading below 13,133, there is always a chance of a retracement, as long as we remain below resistance. 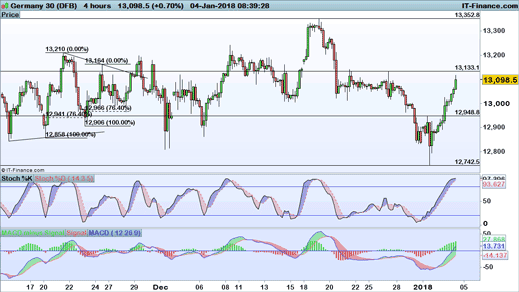 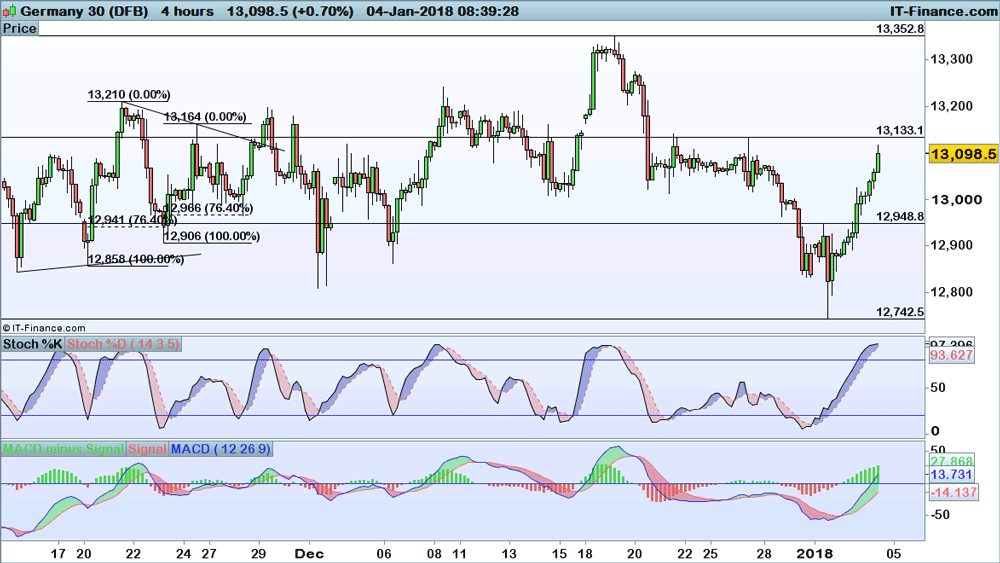 The Dow Jones has broken to new record highs, with the price finally rallying out of its sideways consolidation phase. That previous high of 24,875-24,899 could become newfound support, should the price retrace in the near future.

However, this breakout looks to be the next leg higher in a long-term uptrend for the Dow. We would need a break below 24,688 to negate this bullish outlook. 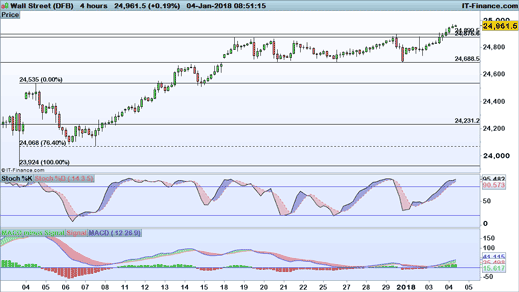 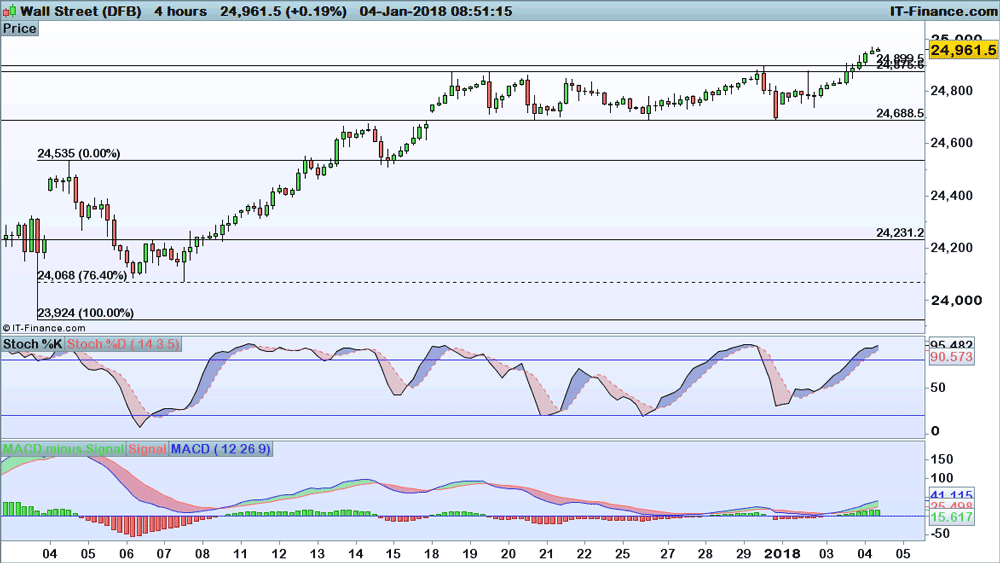