What next for the Fed beyond December?

Having spent the last few months busily convincing markets that the Fed would push ahead with rate hikes for the foreseeable future, it now looks like a pause in the tightening process is on the way. 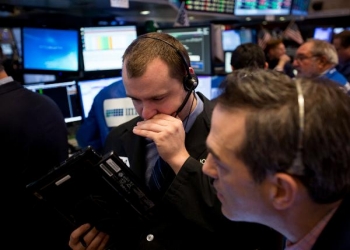 It was all going so well. The Federal Reserve (Fed) had been dutifully hiking rates at every other meeting, but the collapse in the oil price, and a deterioration in economic data, now provides a solid foundation for at least a temporary pause in the tightening cycle.

Last night’s speech from Fed Chair Jerome Powell boosts this case, although it does not rule out the possibility of further hikes. The market is now pricing in just one hike next year March, a dramatic change from a few weeks ago.

While the Fed has only been raising interest rates since late 2015, the end of quantitative easing could be argued to be the beginning of a tightening of monetary policy. The net result of these record low interest rates over the past ten years has been an explosion in the amount of debt. Higher interest rates put severe pressure on borrowers, causing an economic slowdown as money is diverted to debt repayments.

Just a few weeks ago, the Fed’s course seemed secure, but now a different world is emerging. The US central bank is shifting to being data dependent, as it always argued it was, but the solid commitment to keep raising rates at every other meeting has now gone. Housing continues to be a problem, as new home sales showed on 28 November. The figure fell to its lowest level since March 2016 and suffered its biggest one month drop since December 2017.

The high in new home sales was in November 2017, so it is now a year since the figure peaked, but on average 32 months elapse before a recession starts. Thus, home sales are flashing yellow, but not yet red, and no other indicators are suggesting that a recession is getting close.

Lower oil prices may provide a cushion for the economy, but expecting them to provide an immediate benefit, as the US president seems to think, is dangerous. The lag between oil prices and gross domestic product (GDP) is around 18 months, so the benefits will not start to feed through for some time – we should expect a year and a half of economic weakness before positive effects are felt.

The Fed’s pause may well be warranted, and as a result a weaker dollar could follow. This would benefit commodities and emerging markets, but also provide a tailwind for US equities, assuming of course that other key indicators like jobless claims and retail sales don’t begin to go the way of housing and begin to signal a looming recession.