The prospect of a no-deal Brexit increases after negotiations over the weekend fail to bear fruit. 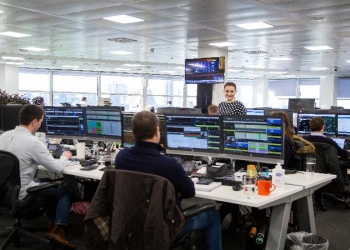 The pound weakened on Monday as Brexit talks reached a stalemate over the weekend.

The move comes after Prime Minister Theresa May labelled the draft Brexit treaty a 'non-starter' and the ongoing dispute over the Northern Ireland border derailed negotiations ahead of the EU summit scheduled to take place on Wednesday.

'Despite intense efforts, some key issues are still open, including the backstop for IE/NI (Ireland/Northern Ireland) to avoid a hard border', Chief EU Negotiator Michel Barnier tweeted after his meeting in Brussels with UK Brexit Secretary Dominic Raab.

Both camps had hoped to reach a final agreement in mid-November to avoid a no-deal Brexit event, which would force the UK to crash out of the EU next March.

May is struggling to balance the demands of EU negotiators with those of her own Conservative party, while the Democratic Unionist Party (DUP) continues to hold the government hostage with its unwillingness to agree to border checks in the Irish Sea.

The DUP’s Brexit spokesman Sammy Wilson branded a no deal Brexit as 'probably inevitable' in a report by the Belfast News Letter.