OPEC members and Russia have agreed a further extension to their output cuts deal. International Business Times business editor, Guarav Sharma, discusses what it means for the oil price.

OPEC (Organization of the Petroleum Exporting Countries) members and non-OPEC countries, including Russia, have recommended an extension to the existing production limits until the end of 2018, in an effort to clear a global glut of crude oil. Russia has added the proviso that, in an effort to avoid the oil market falling into deficit, it will be reviewing the supply restrictions every three months.

The original deal was outlined at an informal gathering of big OPEC producers in Algeria in September 2016. It was then ratified at the next formal meeting of the cartel in November that year. Russia was asked to take part in the supply cut, and it agreed to join the proposal, which would see supply cut by about 1.8 million barrels per day. The plan was to boost oil prices.

That original deal had been due to expire in March 2018, but this agreement will now see that same supply restriction run through until the end of 2018.

The next stage is to work out a process of eventually exiting the agreement, and returning production to pre-agreement levels. Neither Saudi Arabia nor Russia want to send crude prices too high, which will see US shale producers ramp up production.  As OPEC gathered for its meeting, the Energy Information Administration’s (EIA) crude oil inventories showed that US oil production rose by 3% in September, to 9.48 million barrels per day.

According to figures from OPEC, while global oil stocks have fallen, inventories remain at 140 million barrels above the five-year average.

On the technical front, Brent crude has enjoyed a moderate bounce in the wake of the announcement, with the price moving into the initial intraday swing higher of $63.36. A break above that level would point towards a likely move above $63.63, which in turn would point towards $64.57 as the wider more crucial area to break through. Should that occur, a wider move into the $70.00 region looks a likely eventuality. 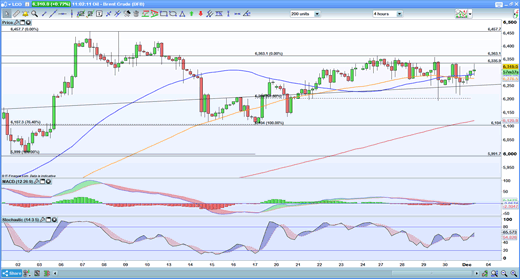 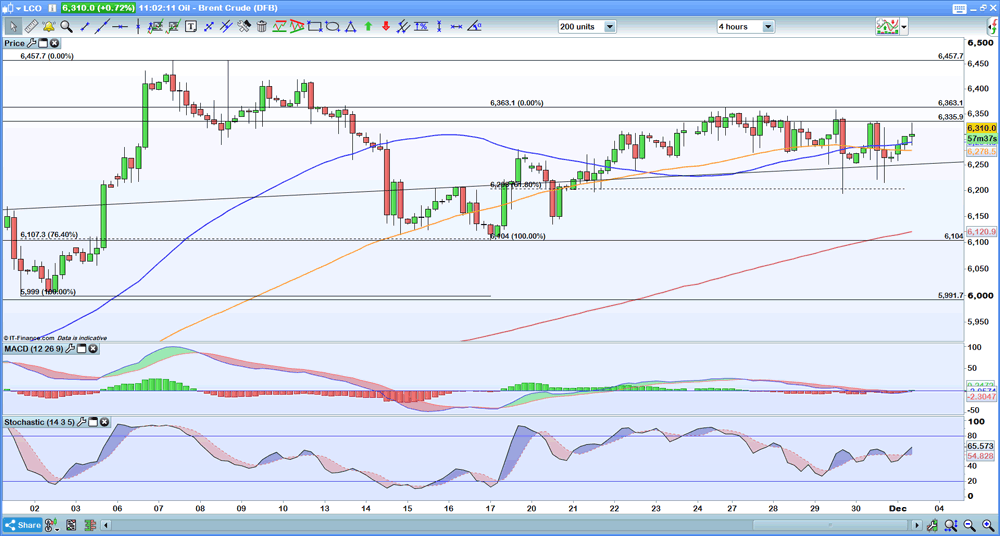 Looking at the wider picture, that $70.00 region represents the only major resistance level of note above current price action. As such, a break through those short-term levels point towards a strong possibility that the $69.23 region will come into play. 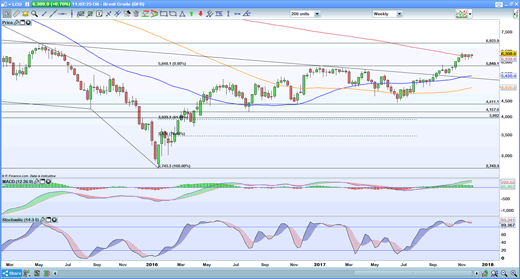 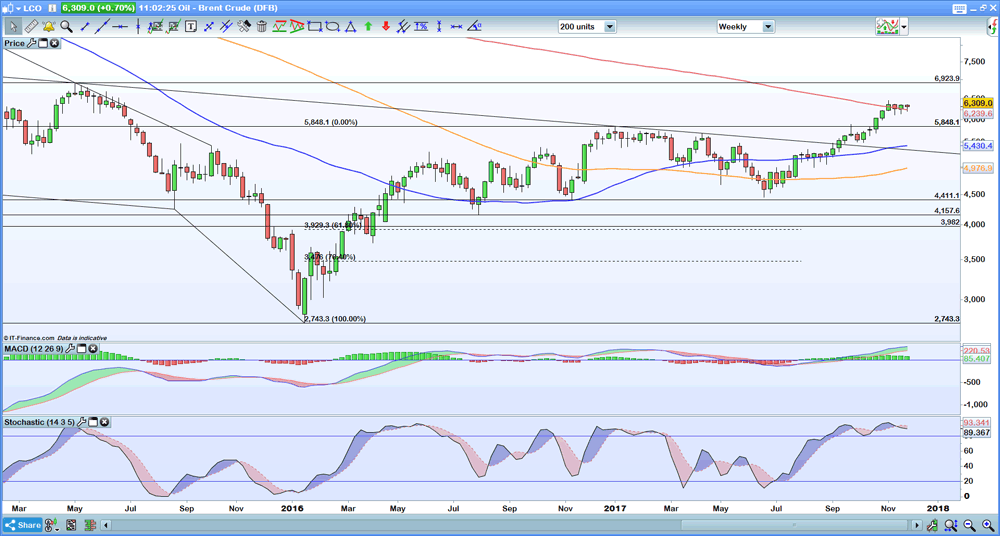