Greatland Gold has been one of AIM’s most volatile stocks, but a climbing share price is not yet supported with revenues. 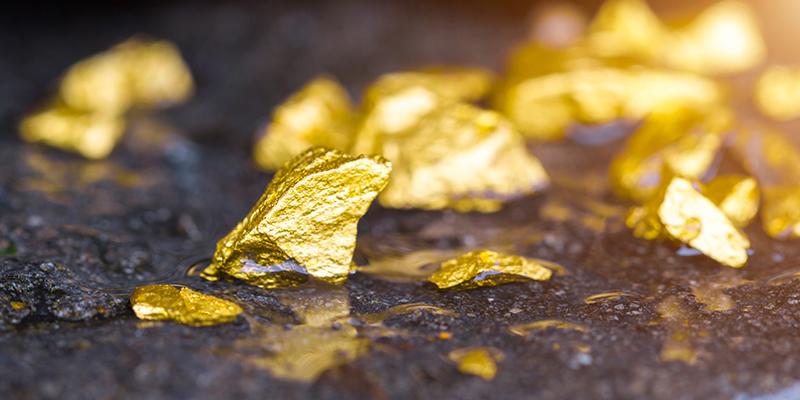 Who are Greatland Gold (GGP)?

As the name suggests, AIM-listed Greatland Gold (GGP) was formed as a mineral exploration and gold mining company. While gold mining and exploration are still its primarily activities, in recent years the firm has expanded into other natural resources such as cobalt, quartz, nickel and copper.

Greatland Gold was founded in London in 2005 and joined the AIM market in July 2006. Its goal is to discover and develop new mining opportunities along the west coast of Australia and Tasmania and to extract 'the next generation of large deposits' of gold and other minerals from previously untapped underground stores.

Exploration has traditionally been seen as a higher risk, high-reward investment prospect, as there is always a chance that an expensive exploratory operation could lead to nothing. However, the discovery of a new gold seam could create enormous ongoing value for shareholders. To minimise these risks, GGP uses geological mapping, geochemistry and geophysics to carry out its exploration work, and will not begin mining unless the mineral conditions appear exactly right. Each mining target is ranked based on its potential to host gold mineralisation.

There are other risks associated with mining projects: Western Australia’s mining community has been badly affected by several inclement weather events over the past few years, which have led to the temporary suspension of mining activity and expensive repairs. Bureaucratic issues such as licence applications and skilled worker visas also have the potential to slow down progress at the mining sites.

However, despite the discovery of gold nuggets and gold pieces in the bedrock of these sites, the mining process takes some time. This has led to some sharp peaks and dips in the company’s share price, as new mining opportunities are discovered, yet progress is slow.

At a glance, Greatland Gold may seem like a volatile stock option. However, its performance over the years has largely mimicked wider commodities trends – namely, that gold is always valued more during times of economic uncertainty. For instance, Greatland Gold’s stock price peaked in the aftermath of the global financial crisis, in the wake of the UK recession, and during Brexit complications.

GGP’s share price is also tightly linked to the success of the company’s explorations. When drilling begins at a new site, Greatland Gold’s share price trends up.

However, despite some bright spots, the company’s stock has remained largely below its launch price of 250p. Since the beginning of 2019, the stock price has bounced between 98p and 255p. Its highest ever stock price was 398p, achieved at the end of December 2010.

Over the past ten years, earnings have always been negative, ranging from minus £4 million to minus £2.6 million in 2018, unsurprisingly this has been accompanied with negative free cash flow. With just £4.0 of cash reported at the end of 2018,3 it is very likely that GGP will have to raise further funds from shareholders to fund its future activities albeit this would be worthwhile if any of its mines become productive assets.

In common with most specialist AIM stocks, GGP’s shareholders contain a lot of retail owners, with Hargreaves Lansdown clients (25.5%) the largest shareholder alongside other share dealing platforms. However, potential investors might be somewhat reassured to see a substantial allocation from the largest individual shareholder, real estate investor Stephen Beetham, who has steadily increased his share in the company from 1.66 per cent since the beginning of 2018. Company directors, Michael Borelli and Callum Baxter also own shares.

Stockopedia calls GGP a 'sucker stock'1 due to the highly speculative nature of the exploration industry, which naturally contrasts with management’s more positive outlook. In his July 2019 update, CEO Gervaise Heddle called the mineralisation in one deposit ‘quite remarkable’, albeit he added there is still plenty of further drilling to be done.2

This is not a stock for inexperienced investors. Although mineral exploration has become more skilled over the years, there is still a certain amount of luck involved, even after the presence of gold or other metals has been confirmed. Furthermore, the price of gold is subject to major fluctuations, as per the chart below.

Gold is a popular hedging tool for retail investors, but it is worth remembering that Greatland Gold is not primarily a gold mining company – at present, it is more focused on geology-led mineral exploration, in a part of the world where its competition includes some of the largest outfits of the FTSE 100 – AngloAmerican, Rio Tinto and BHP. Its value lies in its potential to discover new seams of gold and to extract these stores with maximum efficiency. However, this process can take years, and it is vulnerable to a series of external factors, including adverse weather conditions.

As a portfolio addition, GGP can provide diversification and the promise of big returns along the line, but investors should go in with their eyes open and an awareness of how to deal with potential downside volatility.

How to buy Greatland Gold (GGP)

With IG you can trade shares from just £3.