Nike vs Adidas: which stock should you buy?

We outline the investment case for the two leading sportswear and athleisure brands in the world: Nike and Adidas. 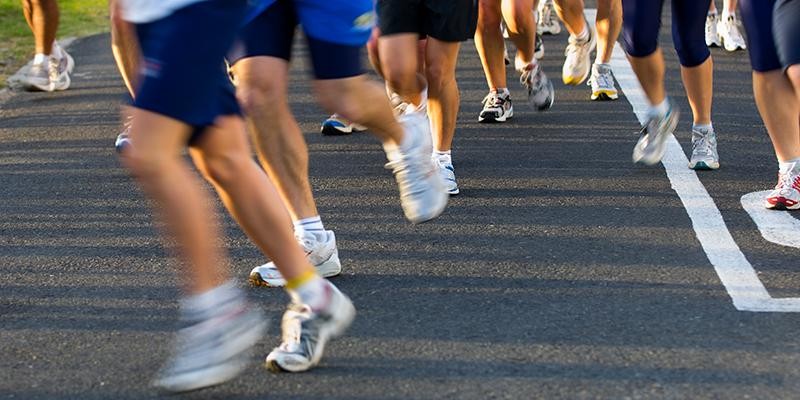 Nike was founded by two individuals named Bill Bowerman and Phil Knight in Oregon, US, who set out to design better footwear for athletes. The firm was originally named Blue Ribbon Sports, before becoming the Nike the world knows today back in 1971. The business only had one shoe and one t-shirt within its portfolio in the initial years, but now sells thousands of sporting products in 170 countries around the world.

Adidas was founded in 1924 by a German named Adi Dassler in 1924 and originally named ‘Gebrüder Dassler Schuhfabrik’ before starting afresh under the name ‘Adi Dassler adidas Sportschuhfabrik’ in 1949, when it registered the famous three-stripe design that Adidas still lives by today. The business remained run by family until 1987, and almost went bankrupt in 1992 before Robert Louis-Dreyfus took over the helm in 1993 to mark a new beginning for Adidas. The firm now sells over 850 million products each year in 160 countries.

Adidas vs Nike: the basics

Today, the pair are the world’s leading sports brands competing in markets around the world. Nike is by far the larger of the two in terms of sales.

They both predominantly sell footwear, mainly trainers, supplemented by apparel and sports equipment, and own other brands outside of their namesakes. Nike’s portfolio includes Jordans, Converse and Hurley while Adidas owns Reebok.

Each company is the leader in their respective home markets. Asia, particularly China, remains the driver of growth and they also source virtually all of their products from the region. Vietnam is where both companies produce most of their footwear with China and Indonesia supplying the bulk of the rest. China and Vietnam also supply a around half of the pair’s apparel too, with Nike also having sizeable operations in Thailand while Adidas has favoured Cambodia.

Nike vs Adidas: how have they performed?

In a nutshell, Nike has been the more profitable company over the past five years but has failed to reliably grow its results in the same way Adidas has, which has delivered consistent growth across the board.

Adidas has managed to grow its top-line at a faster rate than Nike in four of the past five years and has managed to post much stronger rates of year-on-year growth than its American rival.

Adidas also has more efficient operations and has boasted a higher gross margin than Nike for years. While Nike’s margin has wobbled year-to-year and hovered around 46%, Adidas has improved its margin annually over the last five years and it now sits at over 51%.

But Nike has the more efficient business overall and is far more profitable at the bottom-line. Nike’s net income margin has been higher than its German peer’s over the last five years but again the results have wobbled year-to-year while Adidas has managed to put-in a more consistent performance in terms of both its margin and annual net income growth.

Nike vs Adidas: what are their strategies?

Nike’s strategy is currently based around selling more of its products directly to consumers rather than through third parties. In its last financial year, 68% of its revenue came from its wholesale operations that sell Nike-branded goods to other retailers with just 32% being sold direct to consumers. Cutting out the middleman should help Nike improve profitability and better understand its customers by being charge of more data. In terms of markets, Nike is eyeing growth in Asia where sales growth has been strong.

The strategy, according to Nike, should see revenue grow by ‘high single-digits’ each year and it is also aiming to grow its gross margin by up to 50 basis points per year and earnings per share (EPS) by ‘mid-teen’ percentages. It strives to achieve a return on invested capital of around 30%-34%.

Meanwhile, Adidas is pursuing a strategy that aims to make its brands more desirable. It is doing this by opening-up its brand to partnerships and collaborating with sport stars and well-known creatives, such as musicians. It is also determined to be more responsive and agile when it comes to products and has said it aims to never run out of stock and to release new lines late in each season to ensure it captures the latest trends in the market. It is also focusing on urban, city-based customers in hot spots like London, Paris, Los Angeles, New York, Shanghai and Tokyo. While Adidas is also chasing fast-growth in Asia, the company classes the US as its main opportunity as it tries to gain market share from Nike in its home market, which is the largest sporting goods market in the world.

Adidas believes it has the right strategy to grow its top-line at a faster rate than the wider market and is determined to gain market share in its key markets over the coming years. The firm aims to grow net income ‘sustainably’ but is still trying to grow profits by 20% to 22% each year.

Nike vs Adidas: which has the better dividend?

Adidas investors will be far more pleased with the growth in dividend payments over the last decade compared to Nike, which has struggled to deliver consistent increases.

Read more: How to pick the best dividend stocks

As of February 27, 2020, Nike offers a dividend yield of 1.1% while Adidas boasts a slightly better yield of 1.3%. While neither yield will put Nike and Adidas on the radar of income investors, both have offered reliable payouts over the years. Although the yields may underwhelm some investors, this is partly because both companies have seen their share prices increase significantly in recent years and it doesn’t reflect the returns generated by the billions dished-out to investors in the form of share buybacks over the years.

Nike vs Adidas share prices: how have they performed?

Nike and Adidas have both seen their share prices soar over the last ten years. An investment of $1000 in Nike a decade ago would be worth over $5,500 today, while a €1,000 in Adidas would have grown to over €6,860. The share prices of the sporting giants have continued to gain momentum after both stocks hit new all-time highs in January 2020 before losing ground as a result of the coronavirus outbreak that has rattled industries across the world.

Nike currently trades at a price-to-earnings (PE) ratio of 32 while Adidas has a PE ratio of around 27.

How to invest in Nike and Adidas

When you invest in a business, you own the underlying shares in the company outright and are entitled to any dividends that are paid and hope that the share price appreciates.

This can be done using an IG share dealing account. Right now, you can invest in US shares – including Nike -commission free on our newly launched, best-ever platform. You can invest in Adidas shares starting from €10. Read more about our charges and fees here.

Are Nike and Adidas good investments for the future?

Nike and Adidas are the two global leaders in sportswear and athleisure, but both still have plenty of room to grow. Each of their core markets in the US and Europe are the two fastest-growing regions for athleisure, and booming populations, growing middle classes and greater health awareness is creating opportunities in emerging markets.

Both companies are having to invest to cement themselves as leading lifestyle brands and to get their businesses fit for a market that is being transformed by digitalisation and personalisation, but they remain profitable and cash generative businesses that pay dividends and buyback shares from investors. Their strength has continued to propel share prices higher with both companies hitting new all-time highs in 2020.

There isn’t much between the two. Nike is the largest player in the world and is more profitable, while Adidas has been faster-growing and delivered more consistent results over the year, including with the lifts it has made to the dividend.