The themes that may drive a commodities supercycle

Mobeen Tahir, Associate Director at WisdomTree, explores the concept of a commodities supercycle and the key potential drivers to look out for that may cause a supercycle to occur. 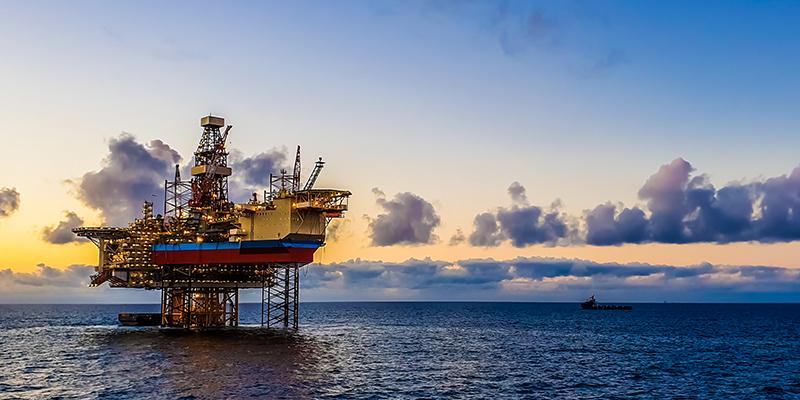 The notion of a commodities supercycle is exciting for commodities investors. The term, supercycle, is used for a bull run that may extend for many years. What rouses investors is not only the prospect of making attractive returns on their commodity investments if there is indeed a supercycle, but also the knowledge that timing the market is not necessarily paramount given the trend might last for several years.

Commodity markets broadly have made significant gains after bottoming out in March last year. But can the bull run be classified as the early phase of a supercycle? The key thing is this: for a cyclical upswing to become a supercycle, there needs to be a structural driver of demand. What themes might drive higher demand for commodities in the years to come?

While central banks are beginning to take note of rising levels of inflation in major economies around the world, the response from them has been largely steady so far. If this dovishness continues, higher levels of inflation may persist for longer. And even if central banks do eventually taper crisis levels of monetary accommodation, they are still likely to allow inflation to run above their targets for longer to compensate for periods of below target inflation. This is especially true for the US Federal Reserve (Fed) and the European Central Bank (ECB).

Source: WisdomTree, Bloomberg. US inflation is the quarter-on-quarter Bureau of Labour Statistics Consumer Price Index (CPI) and commodity prices are represented by the quarterly returns of the Bloomberg Commodity Index. Historical performance is not an indication of future performance and any investments may go down in value.

The shift away from burning hydrocarbons for meeting the world’s energy needs to cleaner alternatives is truly underway but is expected to unfold over decades. Electric vehicles (EVs) have emerged as a key theme within the energy transition. While the growth in this industry is being propelled by supportive regulation in major economies around the world, its success is ultimately driven by consumer uptake. In 2020, car sales were down globally by 20% but EV sales were up by 38%.1 This illustrates the rapidly changing dynamics in the automobile industry. Wood Mackenzie forecast that by 2050, the world may have 700 million electric vehicles on roads. With many countries already introducing bans on the sale of new internal combustion engine (ICE) vehicles at various points over the next decade, this forecast seems perfectly plausible.

The energy transition theme has a direct bearing on a wide range of industrial metals. Copper is used extensively in both EVs as well as charging infrastructure. Each EV can require up to four times the amount of copper as a comparable ICE vehicle. Each charging point can require up to 8kg of copper.2 Similarly, battery manufacturers are employing higher loadings of nickel in their battery chemistries to achieve a higher energy efficiency. Aluminium is being deployed to make the frames of vehicles up to 40% lighter3 compared to stainless steel frames and silver and tin are being used in electrical contacts throughout the vehicle. As the energy transition accelerates and its associated themes including EVs, renewable power generation, and energy storage develop further, these metals are likely to see sustained increases in their demand.

According to the World Economic Forum, a $15 trillion global infrastructure gap is expected to develop by 2040 unless governments meaningfully change course. The pandemic has caused governments around the world to recognise that fiscal injections and infrastructure spending are essential for inducing growth in the economy and monetary policy alone cannot be relied upon.

In the US, President Biden’s $1.2 trillion infrastructure stimulus includes new spending on everything from roads and bridges to broadband and green energy.4 In China, the Chinese Communist Party announced during the 2020 National People’s Congress it would spend approximately $1.4 trillion on a digital infrastructure public spending program. The new infrastructure includes seven key areas: 5G networks, industrial internet, inter-city transportation and rail system, data centres, artificial intelligence (AI), ultra-high voltage power transmission, and new-energy vehicle charging stations.5 The European Union (EU) has introduced its own stimulus package of more than €2 trillion spanning over 2021-2027 to build a greener, more digital and more resilient Europe.6 In the previous so-called commodities supercycle, which took place largely over the first decade of this century, rapid industrialisation in BRIC countries7 was the catalyst. Infrastructure spending in major economies could catalyse something similar again for commodities, particularly industrial metals.

To conclude, are we in a bull run for commodities? It certainly appears to be the case. Is it a supercycle? Might be early to say but the question certainly warrants attention. Might a subset of the commodities universe like metals be in a supercycle? It is becoming easier by the day to make that case. Regardless of whether investors subscribe to the notion of a supercycle or not, it is indeed an exciting time for commodities.

IG’s view: how you can invest in commodities

There are a range of exchange traded funds (ETFs), such as WisdomTree’s Enhanced Commodity UCITS ETF (WCOB), for investors to choose from to invest in a potential commodities supercycle. A collection of these ETFs that are available on IG’s share dealing platform can be seen below:

You can buy these ETFs, as well as over 16,000 shares, on the IG share dealing platform from as little as £3 per trade.

This material is prepared by WisdomTree and its affiliates and is not intended to be relied upon as a forecast, research or investment advice, and is not a recommendation, offer or solicitation to buy or sell any securities or to adopt any investment strategy. The opinions expressed are as of the date of production and may change as subsequent conditions vary. The information and opinions contained in this material are derived from proprietary and non-proprietary sources. As such, no warranty of accuracy or reliability is given and no responsibility arising in any other way for errors and omissions (including responsibility to any person by reason of negligence) is accepted by WisdomTree, nor any affiliate, nor any of their officers, employees or agents. Reliance upon information in this material is at the sole discretion of the reader. Past performance is not a reliable indicator of future performance.