Where could Phillip Hammond find money in the budget?

Amid calls from Theresa May to end austerity, this UK budget sees Hammond attempt to claw back funds from a number of avenues. 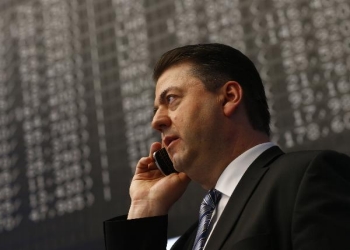 The UK budget is set for Monday 29 October with Chancellor of the Exchequer Phillip Hammond laying the groundwork for how the nation’s finances shape up ahead of the end to Brexit negotiations. Those negotiations are likely to dictate how the government lays out its fiscal position in the future, yet for now we do not know how things will end to guide the decision-making.

What has been promised?

The problem is that the direction of growth is hugely going to influence future government income (taxes) and outgoings (benefits). Thus, while Hammond expects that future trade deals and the exit from the EU would provide a boost to the coughers, he will have to shift around his cards to free up some cash over the short term.

The recent public sector net borrowing figures have freed up some resources for the chancellor, yet it is clear that certain taxes are going to rise to fund the clamour to prove austerity is over. The Institute for Fiscal Studies (IFS) calculated that the government would need to find £19 billion a year by 2023 to reverse the planned cuts and meet spending pledges. However, everyone wants to know where that money will be found.

The current pension tax relief costs the government £40 billion per year, with a tax relief offered on the amount a worker pays into the their pensions. One of the issues with this measure is the fact that it is not progressive, and thus there are rumours that we could see a future measure taper the benefit for higher earners.

Companies such as Amazon and Facebook have managed to earn huge sums in the UK, paying relatively little taxes due to their decision to domicile in tax efficient countries. Hammond will be keen to target these companies to ensure that they are paying their fair share, yet will also want to avoid being seen as bad for business just as the UK is hoping to encourage foreign direct investement (FDI).

There have been rumours that we could see a rise in fuel taxes, with the typical targets of smoking, drinking, and driving once again coming under the microscope.

A previous promise to raise both the lower and upper income tax threshold is likely to come under scrutiny. That previous promise involved raising the initial threshold from £11,850 to £12,500, with the upper tier shifting from £46,351 to £50,000 by 2020. Watch out for a potential reversal of these promises.

While private schools are currently registered as charities, that loophole could be closed, gaining around £1.5 billion for the government. The fear is that such a rise in costs would simply be passed on to parents, thus inhibiting spending elsewhere.