The Bank of Japan (BoJ) convenes on 26-27th April for their monetary policy meeting and is expected to announce their decision at the end of the two-day meeting. 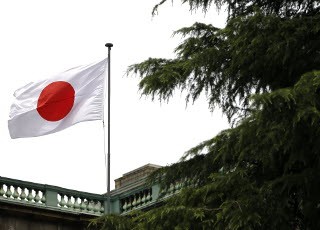 The market is currently expecting no changes to be made to the current policy stance.

Accompanying the meeting would be their quarterly summary of economic projection and a moderation of the central bank’s inflation expectations is expected. The cross impact of the upcoming meeting and geopolitical risks are forces exerting the primary impact upon USD/JPY in the near term.

Recent data have come in on the stronger end for Japan. Specifically Japan’s Q1 Tankan, or short-term economic survey of enterprises in Japan, have presented improvements in both large manufacturing and non-manufacturing index. Japan’s Purchasing Managers’ Index (PMI) figures meanwhile trended on the rosy side as well, touching a 35-month high at 53.3 in February. Notably, the IMF have also recently raised their projection of Japan’s growth in their latest world economic outlook report. This certainly corresponds with the BoJ’s guidance in January to raise the growth forecast, giving the central bank little reasons to amend matters.

The pressure for change would however land on inflation expectations. The latest set of February inflation figures from Japan have exhibited little signs of taking off. Headline CPI growth regressed to 0.3% year-on-year (YoY) while core CPI, or CPI excluding fresh food, made only slight headway in positive territory to 0.2% YoY. The BoJ has been widely expected to further dial back their inflation less fresh food forecast from their current 1.5% YoY figure for 2017.

The improvement in macroeconomic situation have long gotten the market talking about monetary policy tapering. BoJ members have also in recent rhetoric glazed over exit strategy. Governor Haruhiko Kuroda in early April reflected that the central bank have measures for exit including the unwinding of the quantitative easing programme and raising of interest rates.

A recent update from the governor, however, hears his reassurance that the current pace of purchase would continue for some time. The debate surrounding this highlights that any plans to exit remains a work in progress. Aggressive discussions of tapering, although highly unlikely in the upcoming meeting, would create upside risks to USD/JPY in the current uncertain times. Strong JPY demand have been seen of late, sparked from the demand for safe haven owing to the spate of geopolitical concerns. While the passage of French election eliminates some of these jitters, risks including North Korea remains a developing story.

USD/JPY have traversed in this downward channel since the start of the year, attributed to the relatively dovish Fed post March’s FOMC meeting and also rising geopolitical concern. Prices have formed an inverse head-and-shoulder pattern of late and could see consolidation around $110.00 levels in the near term. Longer term bias for the currency pair may be on the upside attributed to the Fed’s interest rate hike plan, but the break above the horizontal resistance at $112.00 would have to be seen for the current bearishness to subside. 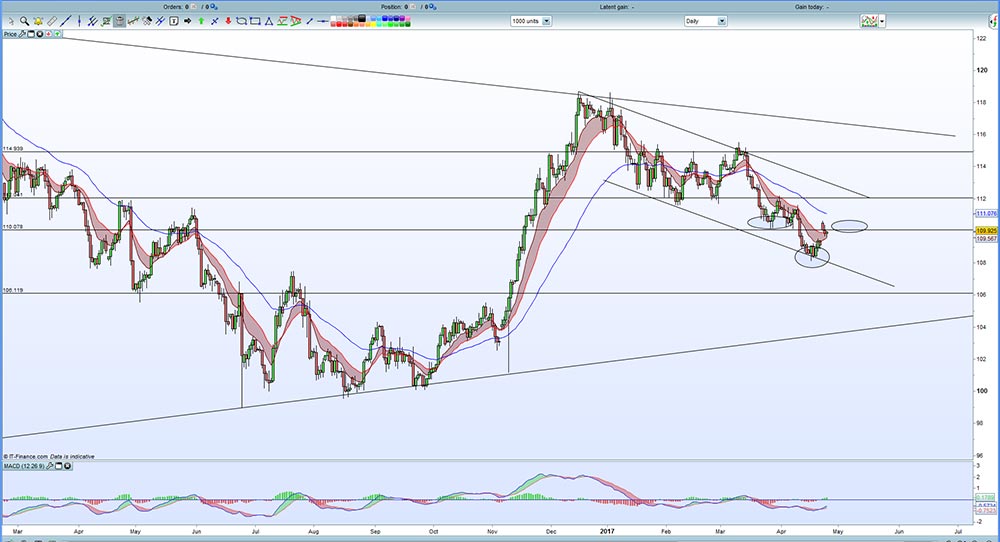