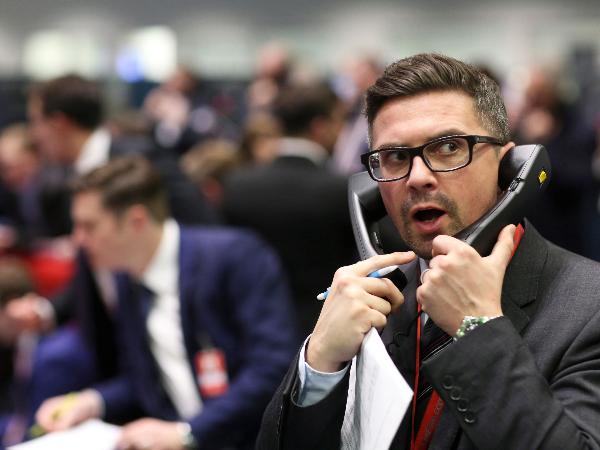 The fact that the MSCI World Index is at an all-time high is remarkable, given the macroeconomic and geopolitical risks and concerns about the market’s elevated valuation. We haven’t seen a 2% pullback for 120 trading sessions. The bulls are in firm control as momentum and trend are dominating the market.

The question many face is whether to chase the move higher or buy any potential pullback?

This may be one of the most hated rallies in history, but money managers keep on buying equities and there is a genuine ‘fear of missing out’ trade underway. Based purely on probability, the index is more likely than not to build on the 13% gain we have seen since November. The market capitalisation of the index has increased by $6.4 trillion to $71.486 trillion over this period of time. It would not be a huge surprise to see this global benchmark rise by another 5% in the coming weeks.

Having said that, it is necessary to continuously assess and react to risk, as there are real potential headwinds that could strike and derail the rally.

Developed equity markets are leading the charge higher, with the Nasdaq 100 breaking to new all-time highs and the S&P 500 looking like it wants to follow suit. US corporate earnings have helped, although they have largely been overshadowed by the political and geopolitical news.

So far just over 20% of the S&P 500 companies have reported quarterly earnings, and 81.3% have beaten expectations on the earnings line, by an average of 5.3%. Some 71% have beaten revenue expectations. While it’s still early days in the current earnings season, this is firmly above the levels of beats we have seen relative to consensus over the last five quarters. The 13.2% aggregate earnings and 4.4% sales growth should not be taken for granted either, supporting the belief that if earnings are going up, equities, at least on a relative basis, remain attractive. Where else do you park your money?

Small cap stocks are performing strongly, a sign of real confidence in equities and it wouldn’t be surprising to see new highs for the Russell 2000 in the near term too.

European equities have also found solid buying of late, which is hardly a surprise as we have seen Emmanuel Macron polling admirably in France and his chances of becoming president seem high. In turn, we have seen French credit-default swaps and the spread between the French Government Bonds (OATs) and German bund yield collapse. We have even seen the implied probability of a June rate hike from the US Federal Reserve increase by 26% to stand at 62% in a number of days. Who would have thought that election risk accounted for so much of the variability in the Fed rate hike expectations?

The French equity market (CAC 40) outperformed both the German and US equity markets going into the first round of the French presidential election, and the index continues to lead the way as relief and trend bring in new flows. Banking stocks are performing particularly strong.

The Japan 225 is looking moderately more attractive too, although the threat of sharp Japanese yen (JPY) inflows is ever present given the fluid situation on the Korean peninsula. We are also seeing a good performance from emerging markets like Turkey, Brazil and South Korea.

The view is to stay long until proven wrong. Remember that a market at an all-time high is bullish and money managers could have little choice but to chase this rally.