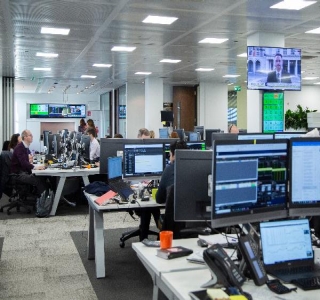 The world’s largest shopping day, also known as 11.11 Global Shopping Festival, generated 27% more in gross merchandise volume than it did in 2017, generating US$10 billion in the first hour, significantly higher than Black Friday and Cyber Monday in the US.

What is Single’s Day?

Single’s Day or as some might know it as 11.11 Global Shopping Festival, renamed in 2015, is the world’s biggest online sales event created by Alibaba. The 24-hour spending spree has been running for 10 years promising mammoth discounts on big brands, and more than 180, 000 participating brands.

The celebration is said to be influenced by China’s 1990’s November 11 celebration of bachelors, because the date represents four “singles.” But later the festival was renamed to 11.11 Global Shopping Festival to reflect Alibaba’s mammoth efforts in retail sales.

Last year Alibaba recorded $1.48 billion transactions and an estimated 325,000 orders per second. This year the retail giant wanted to go bigger, with US singer Mariah Carey kicking off the event.

Total Gross Merchandise Volume settled through Alipay was recorded at US$30.8 billion, an increase of 27% compared to 2017, with Cainiao Network processing more than 1 billion delivery orders.

The sales include massive discounts on TV’s, smartphones and other big-ticket items as well as shoes, clothing and other household goods.

“Participation from the entire Alibaba ecosystem enabled our brand and merchant partners to engage with consumers like never before. Looking ahead, Alibaba will continue to lead the evolution towards the future digital economy and lifestyle.” Mr Zhang said.

The shopping festival originally began in 2009 with the aim to raise awareness of the value in online shopping, now in its 10th year the event is almost twice as big as Black Friday and Cyber Monday in the US and has attracted thousands of merchants.

Last year, over 140,000 brands and merchants participated in the global shopping event, with consumers spending $168.2 billion during the 24-hour period.