The World Trade Organisation, or WTO, has been in the headlines due to its involvement in the US-China trade war. What is the WTO’s role in this? 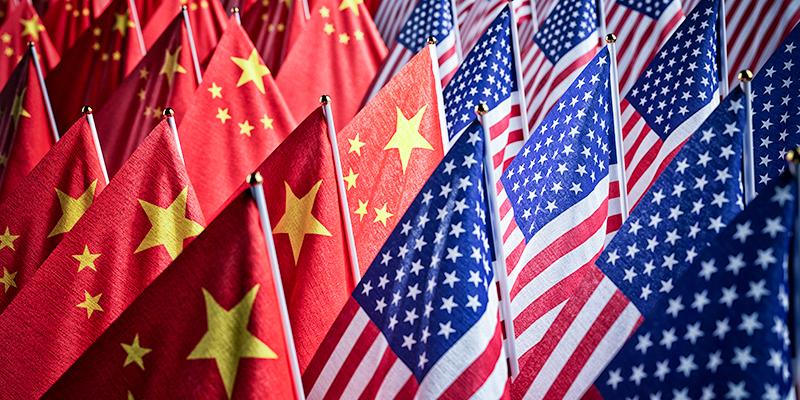 What is the WTO?

The World Trade Organisation (WTO) is an international organisation with a primary goal of promoting trade between countries, as well as intermediating trade dispute between its members.

Contrary to international organisations such as the World Bank and the International Monetary Fund (IMF), the ruling is not delegated to a board, but it is reached by consensus among its 164 country members.

Currently the institution is in the process of electing a new WTO chief, after its previous Director-General, Roberto Azevêdo, left in August, with former UK conservative trade minister and Brexiteer Liam Fox as one of the frontrunners for the job. The main responsibility of the new appointee will be acting as peacemaker in the US-China and the UK-EU trade negotiations.

History of the WTO

The WTO was founded in 1995 to replace its predecessor, the General Agreement on Tariffs and Trade (GATT), which was established in 1947 after World War II along with other international economic institutions such as the World Bank and IMF.

In order to avoid future international conflicts, the WTO’s role was to promote economic liberation and incentivise international trade by reducing obstacles to international trade through incentivising the movement of capital and eliminating tariffs and quotas. As a marker of its success, the weighted average tariffs by its members has reduced from 22% in 1947 up to 5% in 1999.1

Free trade areas have been especially important in helping to achieve this success. A free trade area is an alliance between a group of countries which eliminates trade barriers and boosts trade between members. The main free-trade areas are:

It seems rational that by removing trade barriers such as tariffs and quotas, economic growth will inevitably accelerate. But does free trade always work?

Who funds the WTO?

The WTO’s financing comes mainly from contributions by its members, established according to their share of international trade.

How are trade disputes settled by the WTO?

The WTO oversees approximately 60 different agreements called the WTO trade rules. These include different areas of the economy (i.e. agriculture and intellectual property rights) and are negotiated and agreed by all country members. Such legal framework mainly ratifies countries’ commitments to lower customs tariffs and other trade barriers, as well as set a procedure to resolve conflicts.

WTO members have agreed that if they believe fellow-members are violating such trade rules, they will use the multilateral system to settle these disputes instead of retaliating with their own tariff increases. The WTO’s Dispute Settlement Understanding (DSU) is therefore an important, although costly, legal framework to help resolve conflict between members.

However, President Trump has been a constant critic of the WTO during his presidency and the United States has moved to block the appointment of new members to the Appellate Body, a board of seven which makes a binding determination on international trade disputes.

The ongoing trade war between the world’s two largest economies began in mid-2018 when the US imposed tariffs on China in order to force it to correct what they said were 'unfair trade practices'. The chart below shows that since China joined the WTO in 2001, the US trade deficit with China has ballooned to around $350 billion.

Figure 2: US trade deficit with China

What’s more, alleged theft of intellectual property is estimated to cost the US between $300 and $600 billion a year.2 But China state that its leadership in certain technological fields is based on large investment in research and development and feel that the US is trying to curb its rise as a global power.

The trade war has negatively impacted both economies, leading to a higher prices for US consumers and contributing to a slowdown in China’s economic growth.

China brought this case to the WTO’s DSU, who recently ruled that tariffs imposed by the US in 2018, which triggered the escalation in tensions between the two countries, were inconsistent with the international trade rules as the US failed to justify the alleged technology theft.

The panel claims that the US did not provide evidence on how the Chinese goods and services affected by the tariffs received benefits from the so-called unfair practices. Therefore, they had not met its obligation of demonstrating that the tariffs were justified. The WTO stated that the ruling only applies to the original case brought by China, as China’s retaliation has not been challenged by Washington.