Asia equity markets had mostly been led higher this week with aid of the relief rally in the US from early NAFTA re-negotiation breakthroughs and tech sector buoyancy. 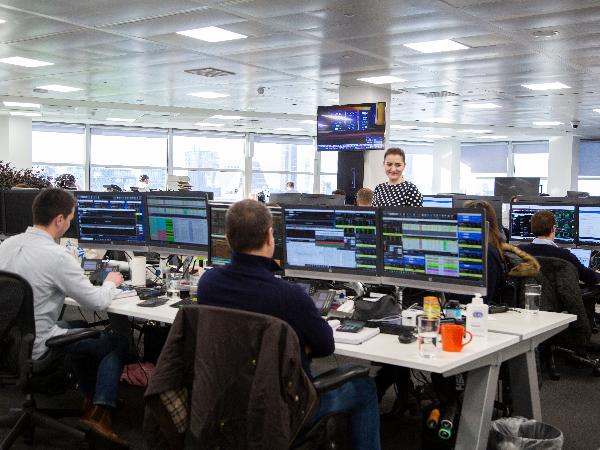 This was prior to the return of political concerns into the end of the week both from President Donald Trump’s tariffs teaser and the aggravation of the situation in Argentina rocking the emerging market space. Although most regional indices held on to week-to-date gains when last checked, the weight from the concerns would likely remain key going into the fresh week.

Various central bank meetings will be seen at the start of the month from the likes of Australia, Canada and Malaysia, though no changes are expected from any of the trio. What may be more prevalent for monetary policy would instead be the set of August US jobs data upon the Federal Reserve.

Friday’s release will be the last ahead of the 25-26 September Federal Open Market Committee (FOMC) meeting to reinforce the Fed’s confidence on the economy. The current market consensus points to expectations for firm labour market performances with namely steady unemployment and average hourly earnings growth numbers from July’s, in addition to a headline payrolls improvement to 187k. As far as recent market reactions go, a figure that does not deviate significantly from the 150k and 200k range is unlikely to trigger any movements in the markets and will likely reinforce what the market and the Fed already figured, which is a robust labour market to enable the Fed to carry on their two hikes for the remaining of 2018. While unlikely, what the market will be hunting for is anything otherwise. Checking on the CME FedWatch tool, the market had almost fully priced in a hike by September alongside a 70% expectation for the second by December, reflecting the assumption for the economy to sustain in the current strong pace. Do also note that US markets will be closed on Monday for a market holiday while Tuesday finds the August ISM manufacturing index release one to follow.

Notably, the comment on the $200 billion tariffs from President Donald Trump this week had likely induced another wave of concerns over US-China trade tensions as Asia equity markets slipped into red on Friday. This coincides with the conclusion of the public commentary period for the next round of tariffs midweek that could see further ratcheting up of tensions should any plan surfaces from the US administration. Not to mention, Chinese retaliation will duly be expected with any announcements. Given the likelihood, haven assets will be the ones to watch and amid the mixed sentiment towards the US dollar. Of particular interest would be the yen seeing USD/JPY having trended lower to $111 levels into the end of the week following President Trump’s comments and may have further downsides to explore should the tensions once again heighten. Likewise for the riskier emerging Asia markets, the impact may be felt.

Cross-continent concerns including US-China trade tensions and emerging market contagion certainly appear to have the greater draw upon Asia markets of late. The currency market in particular has certainly been rocked into the end of the week with Argentina’s turmoil, aggravating the selling for the vulnerable IDR among others and inducing central bank intervention.

That said, the start of the new month brings the regular Chinese numbers for a health check on Asia’s anchor deserving attention. In line with the forecast for the official manufacturing PMI, the latest market consensus points to a slowdown in the private Caixin gauge to 50.6, one to watch on Monday after having the official number surprise on the upside. The export order component, sensitive to trade tensions, will be due for attention as well following the implementation of last round of tariffs on a total of $50 billion worth of Chinese goods.