It’s been an absence of geopolitical risks that have created these conditions, primarily due to quiet on the trade-war front, but also because of a welcomed lull in inflammatory commentary from the US President. 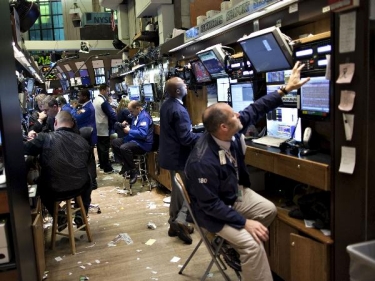 The fall in volatility of the first half of this week has supported global markets, with European and North American markets generally seeing positive activity. It’s been an absence of geopolitical risks that have created these conditions, primarily due to quiet on the trade-war front, but also because of a welcomed lull in inflammatory commentary (read: tweets) from the US President. Once concern that may disrupt this quietness is the upcoming meeting of NATO members in Brussels, which will be assessed by traders for its impact on relations between US President Trump and the US’s European allies. President Trump has taken a bombastic approach in his dealings with the Europeans, suggesting that age old institutions built between the two continents are reaching expiry. The hope for investors is that a level of civility can be achieved at this week’s meeting, so not to distract from the upcoming earnings season.

US indices have so far posted respectable gains during its trading session, led this time around by the Dow Jones, which as of this week has returned to positive territory in 2018. The benchmark S&P500 has also added something for traders, crawling towards a gain of half-a-per-cent itself. Some of the activity seen from US markets has been quite heartening for investors, particularly amidst so many structural threats to the global economy. The optimist might suggest that this all shows the fundamental strength of the US economy, and its resilience to more external factors. The Dow Jones, which has proven sensitive to sentiment shifts, is still showing higher-lows on the charts when confronted with market turmoil. Again, earnings – especially that of industrial stocks – and commentary out of company reports will be looked at over the next weeks for input from the business community about how they see commerce faring in the world economy.

In the European session, the fallout of Brexit worries and the longevity of UK Prime Minister May’s government coupled with a swathe of UK data ate up trader attention. Tensions within the governing Tory party in the UK are purportedly ramping-up, sparked by speculation that the resignation of Foreign Secretary Boris Johnson hints at a looming (and long awaited) leadership challenge from the man. Next to that story, UK GDP data was released – the first of its new monthly scheduling – and revealed a month on month expansion of 0.3%, along with UK Manufacturing Production, which showed a weaker than forecast figure of 0.4%. The news didn’t shift the dial in markets, especially in that of the Cable, which actually bounced off resistance at 1.3250 thanks to a general pull-back in the USD overnight.

SPI futures are indicating the strong US lead will translate into a higher open for the ASX, with SPI Futures up 21 points. The ASX200 failed again to hold above 6300 during local trading, abandoning Monday’s gains to close 0.4 per cent lower at 6260. It was a generally poor day for the index, with 9 of 11 sectors registering losses for the day. The financials were the main culprits for the Australian markets poor performance, as the banks unwound some of their recent gains. The materials and energy space were the only shining lights today – the former owing to the continuation of strong buying in BHP coupled with a bounce in commodity prices, and the latter because of another boost in oil prices last night. From a technical perspective, lower volumes to start the week suggest a tired ASX that could be looking for a short-term rest at support around today’s close.

Having probably been the primary agent in the ASX’s recent rally, the pull back in financials sector raises the question of how far the recovery in bank stocks can go. The answer may have been partially revealed, after the sector shed 0.94% in trading, attributable primarily to a 2.13 per cent dive in CBA shares. The sector has returned to the levels it was generally trading at prior to the dramatic sell-off following the commencement of the Banking Royal Commission in the middle of March. Considering the time that has elapsed since then, combined with the fact that it was developing a mild down trend prior to the Royal Commission, it’s difficult to say where the sector ought to be. However, it would not be surprising to see bank stocks return to trading off their fundamentals, particularly in light of a slowing domestic property market and rising global rates.

Themes around fundamental economic data haven’t delivered a huge impact to financial markets during Asian trading. Nevertheless, given some of the broader risks in the market, mostly from other upcoming high-impact and Asia centric events, several of today’s releases bear mentioning. Chinese CPI and PPI were released, revealing that both consumer and producer prices grew broadly in line with expectations on an annualized basis: CPI printed at the forecast 1.9%, while PPI overshot the 4.5% forecast to print 4.7%. The data spurred little movement in markets, which appear more susceptible to the impact of a potentially poor Chinese Trade Balance print on Friday; however, some strength in the CNY and CNH was witnesses, as those currencies pulled away from their YTD lows.

Asian markets fought to continue their relief rally, as lower risk aversion and volatility support the region’s trade. The Nikkei added 1 per cent for the day, while the Hang Seng closed slightly lower, despite adding around 0.5 per cent during the day. Conversely, the Shanghai Composite struggled early, but managed to pile on late gains to close 0.44% higher. The Yen has fallen throughout the day, driving the USD/JPY above 111.00, seemingly due to the effects of Monday’s very dovish speech by BOJ Governor Haruhiko Kuroda, along with the general play into yield amidst a lower volatility environment. The general tone to Asian trade sets up what will hopefully be a sustained recovery for the week, as traders keep an eye on that crucial Trade Balance figures coming out of China at the end of the week.

Late Update: After time of writing, it has been leaked that US President Donald Trump’s administration would be slapping on a further $US200bn worth of tariffs on Chinese goods. This value comes close to half of the estimated total trade volume between the US and China. Markets have pulled back on the news, as the story slowly unfolds and is digested by traders. Full clarity has not come close to being realized yet, but markets have seen a break in momentum from the hiccup. SPI Futures for the ASX have come under pressure, with the expectation now that could drive a fall at the open for the index. Thus far it’s too early tell, but what is guaranteed is that some of themes dominating overnight trade will transform to some extent, potentially distracting markets from fundamentals once more.