The slide in US equity indices Thursday wasn’t materially different than the retreat in sentiment registered in other equity sessions before New York trade nor in other asset classes. 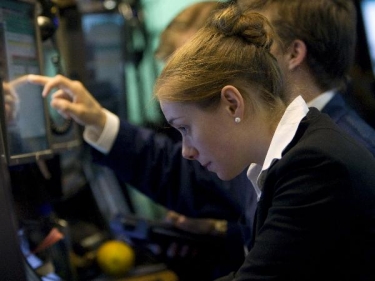 Wall Street matches its worst string of losses in over three decades: The slide in US equity indices Thursday wasn’t materially different than the retreat in sentiment registered in other equity sessions before New York trade nor in other asset classes. However, the pacing should register some concern. The Dow has notched eight consecutive trading day losses to match the longest bearish stretch since 1984. On a close basis, this run has only amounted to a 3.4 percent loss; but the implications of such consistency bodes poorly for bulls. Investor sentiment is falling across the market which threatens a more momentous unwind for otherwise expensive markets. However, potentially adding additional weight to US markets alone; the docket through Friday will offer up the first activity reports for June from Markit (the PMIs). While economic tempo is important, the focus among speculators has been on the disruption in global trade. The EU is due to implement its retaliatory import duties on the United States Friday, which may very well provoke a response from the US President – similar to his threats of escalation against China for its own reprisal to US tariffs on a range of its goods.  Headlines are the greater risk to market stability than data at this stage.

An update on global activity levels: Friday will bring with it an update on economic activity for key economies in across the global spectrum. Markit will release its advanced PMI figures for June. These indicators general focus on manufacturing and non-manufacturing industries’ health, but broader growth measures tend to track the series very closely. That relationship confers considerable value to the data considering these indicators are far more timely than official government reports like the quarterly GDP reports from their respective economies. Japan will start off the run of data in Tokyo trade with the manufacturing activity update. Amid trade wars, Japan’s industrial section has already seen the activity report retreat to its lowest level in over a year. The Euro-area’s own measures have similarly come on hard times with the composite slipping to its weakest reading since November 2016 as of the May update. The outlier is the US where its own series has actually been on an upswing and May’s figure printing the best showing since at least September 2014. So long as this disparity is present, the pressure to steer out of trade wars will not be particularly acute.

Euro traders ready for competing fundamental winds: There is a lot for Euro traders to keep track of through the final trading day of the week. The PMIs mentioned above offer the most black-and-white update to the currency’s state of affairs that we can hope for. Beyond that, the second day of the Eurogroup’s economy and finance ministers meeting will be held. Most of the headlines from day one were focused on the next steps for Greece as it attempts to emerge from its austerity. With trade wars and regional stability still top headlines, there is still much to address. Then again, leaving the difficult conversation to leaders when they gather next week is the more likely outcome. Perhaps the most ominous event on tap is the official implementation of the EU’s 2.8 billion euro tariffs on certain US goods – in retaliation for the Trump Administration’s application of metals tariffs on the EU. If the President decides to follow the same course taken with China, further retaliation could quickly turn the outlook into an economic battlefield.

British Pound gains as BOE voting pattern portends hawkish pivot: The British Pound rose as minutes from this month’s BOE policy meeting revealed a 6-3 vote in favor of keeping the benchmark interest rate unchanged. That is a hawkish shift from the 7-2 tally at the prior gathering of the rate-setting MPC committee, reflecting a response to recently improving economic activity. That has pushed forward the expected timing of a rate rise. The priced-in probability of a hike in August has shot up to 67 percent having registered at 48 percent just a week ago. The spotlight now turns to annual Mansion House speech, where Governor Mark Carney may lay out longer-term policy guidance.

AUD/USD down trend intact after brief uptick: The Australian Dollar managed a meager uptick against its US counterpart on Thursday, snapping a five-day losing streak. The advance kept prices firmly anchored within recent ranges however, keeping intact a broadly bearish bias. From here, a daily close below support in the 0.7315-35 area opens the door for test of a long-standing double bottom in the 0.7145-65 region. An interim downside barrier at 0.7230 may be something of a sticking point along the way lower. A move back above 0.7435 may defuse immediate downside pressure but AUD/USD would need to claw its way back above 0.7620 to put buyers truly back in control.

Crude oil holds its range before OPEC summit, gold extends its slide to five days: Much of the commodity world is rather quiet in technical terms. However, the fundamentals behind some of the key resources offers a very different picture. Gold is perhaps the more productive commodity as it has now produced a five consecutive trading day loss. This most recent slip was slight on a close-over-close basis, but the progress is remarkable given the backdrop. Amid trade wars and questions of currency stability, the most popular alternative-currency has nevertheless traded to its lowest levels of the year. Opportunistic bears should think long and hard before jumping in on the presumption of a strong trend. In contrast, oil’s next 24 hours of trade is much more straightforward. The OPEC+ meeting is on hand, and comments from oil ministers has not set a clear course. Where Iran’s energy head has suggested the country has no interest in boosting production, his Russian and Saudi counterparts have said they are discussing various possible plans to raise output. WTI crude is currently trading in a range from $67 to $64.

ASX 200 roars higher as tax cut passes federal parliament: Australian shares powered higher for a second day. Consumer-linked names led the way higher after the government’s AU$144 billion tax cut plan passed through the federal parliament. The overweight financials and materials sectors continued to power higher as well. The former has been reveling in the prospect of a global upshift in borrowing costs since last week’s back-to-back Fed and ECB policy announcements. The latter enjoyed a second day of relief gains amid a lull in the US-China trade war saga. Looking ahead, the absence of fresh catalysts and negative lead from Wall Street might make for a corrective pullback in Friday’s session. Indeed, SPI futures are pointing lower ahead of the opening bell in Sydney.