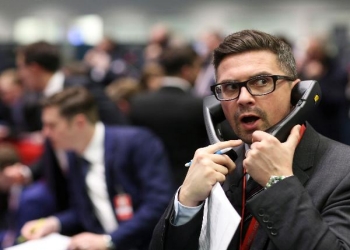 New figures released by The Australian Bureau of Statistics have barely moved the Australian dollar against the greenback, despite better than expected CAPEX data.

In response to the results, the AUD/USD barley moved above 0.73, remaining relatively unchanged post-CAPEX release.

The Capex was better than estimated, with analysts expecting the Q3 CAPEX to rise 1 %, following a revised -0.9 % reading.

Analysts say the AUD/USD was more likely to change after yesterday's rally, reacting to Fed chairman Powell's speech, which had many investors betting the Fed’s would pause the next rate hike.

While other factors come into play, Powell’s speech saw a move in many foreign currencies, including the Australian dollar.

Analysts say the AUD/USD was among the best preforming pair in response to Powell’s speech.

Post-speech, some of the most significant movers were:

The EUR/JPY, rallying overnight with the EUR crossing as high as 129.25 after the Fed Powell speech.

It’s expected the most significant moves will be seen after the Federal meeting on Friday.