The board is looking at other processes that do not involve a transfer of the listing status. 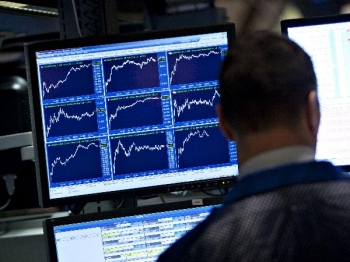 Noble Group is disputing regulators’ allegations of improper accounting acts and will continue to try to complete its restructuring plans even after Singapore authorities said its relisting plans have been blocked.

The board is looking at other processes that do not involve a transfer of the listing status. An option is to file for administration in Britain, which may see creditors taking control of the company and the removal of shareholders and perpetual bond holders. “In doing so, the board, in discharging its fiduciary duties, may implement the restructuring through a court-appointed officer,” Noble said.

Noble had initially wanted to relist on November 27, but investigations from Singapore authorities on alleged accounting mismanagement caused it to push back the date to December 11.

Regulators on Thursday said they have blocked the transfer of Noble Group’s listing status to New Noble, citing “significant uncertainties about the financial position” of the new restructured company.

The announcement arrives after a careful review of the earlier investigation probe into Noble Group and its subsidiary Noble Resources International.

“It would be imprudent to allow the re-listing as investors will not be able to trade in New Noble’s shares on an informed basis,” the Monetary Authority of Singapore, Singapore Exchange Regulation (SGX RegCo) and the Singapore Police Force said in a joint statement on Thursday.

In the statement, the authorities said they have been reviewing the allegations on NGL since 2015.

Even though the group received clean audit opinions for financial years ended December 31, 2014, 2015, and 2016, the authorities probed further into write-downs announced by Noble in 2017 and 2018.

Through simulated financial statements submitted by Noble to SGX RegCo, the net asset value of New Noble could have fallen by 40% as at December 31, 2017 and by 45% as at March 31, 2018. "These adjustments would be in addition to the write-downs of more than US$2 billion already made by Noble Group in financial year 2017," they said.

In the statement by Noble on Friday, the group said it regrets that after almost 19 months of engagement with its stakeholders - including shareholders, creditors and regulators – the authorities have decided not to allow the company to transfer its listing status to New Noble as part of the restructuring.

Noble’s board said it understands the investigation of Noble is in relation to technical accounting-related issues raised by the Accounting and Corporate Regulatory Authority.

It added that currently there are no investigations on specific individuals and the investigation is focused on NRI and the group.