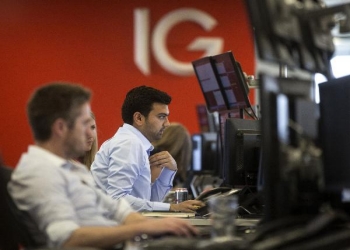 Wall Street analysts were surprised with the Q3 results, after they expected Netflix to only add 5.2 million streaming customers in the quarter.

Despite predictions, Netflix has now become the world’s biggest online subscription video service with a customer base reaching 137 million worldwide, beating its competitors by a long leap.

Its shares jumped 14% overnight to $394.25, boosting other tech stocks including amazon.com, Facebook and Alphabet as much as 1 %.

The company posted its Q3 earnings with a letter to its investors, reassuring them of the growth of the company, and its future.

” Fellow shareholders, our broad slate of original programming helped drive a solid quarter of growth with streaming revenue increasing 36% year over year and global membership surpassing 130 million paid and 137 million totals. We’re thrilled to be growing internet entertainment across the globe.” Netflix said in its letter.

The company also forecast strong growth for Q4, predicting paid net additions of 7.6million, and a total net addition of 9.4million, up 15% and 13% compared to Q4 last year.

The company said they’re still targeting operating margin to be at the lower end of the 10%-11% range for the full year 2018.

"We want to assure investors that we have the same high confidence in the underlying economics as our cash investments in the past," Netflix said in its letter.

Netflix still faces competition from rival companies Amazon Prime and Walt Disney Co’s new streaming services, which are set to be released globally by the end of the year.