The race to reach $1 trillion by market value is attracting plenty of attention. We look at why Apple might be the first to make it.

Apple's market capitalisation (number of shares multiplied by share price) has risen by 30% in 2017, putting it within sight of the magic $1 trillion. Others, such as Google and Amazon, are also in with a shot, but Apple could be the one to take the crown. At $152.00 per share, the firm would need to boost its share price by 29%, to $195.62.

Apple certainly has a lot going for it in the race to become a $1 trillion company. Although the most recent iPhone launch was something of a disappointment, failing to provoke the great excitement that has been seen at earlier events, Apple iPhones are still a must-have product for the consumer, thanks to the brand. As well, the iPad and iWatch products continue to add some diversification to its product lines. While the explosive growth of previous years is no longer to be taken for granted, millions of people still use their iPhones and are not likely to give them up any time soon.

The real route to further riches however lies in enfolding users within an ever-expanding universe of devices and services. Google seemed to be heading this way, while Amazon is making real strides to turn itself into a universal provider through its Alexa home hub. Apple, however, is a company that is based on a device. Adding more services and products to the device, and making them work seamlessly together, is the way to consolidate customers to the brand even more so. Ultimately, of course, resulting in them spending more and more of their money on Apple.

At current valuations, Apple trades at 16 times estimated forward earnings. This current level of earnings is around $9 per share. To reach $1 trillion, the figure would need to rise to $12. This is not an insurmountable challenge, but it will take time to achieve. 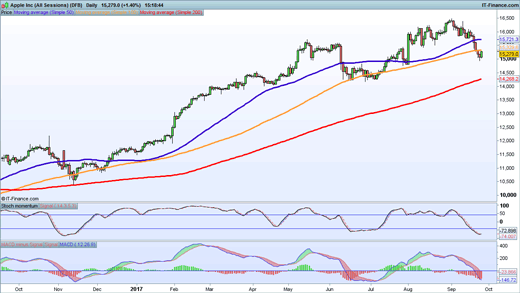 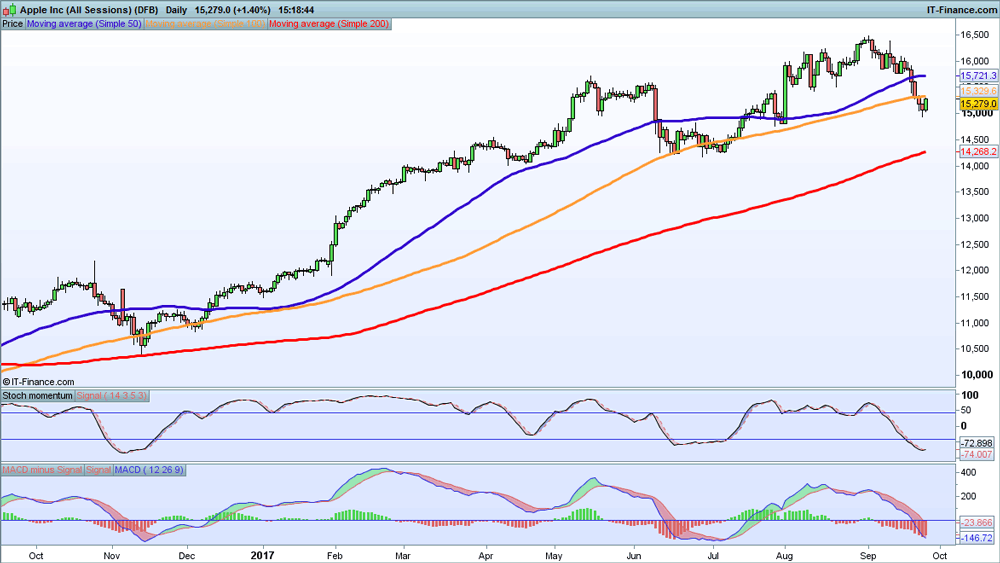 Apple shares have pushed steadily higher over the past year, since a near-term low of $89.40 in May 2016. A dip in May of this year was met by fresh buyers, and the current pullback could well end the same way. It makes sense to expect the strong trend to continue, with the $165.00 level a near-term target.