The New Zealand dollar is on the rise after positive business data released on Wednesday shows a rise in business confidence in September. 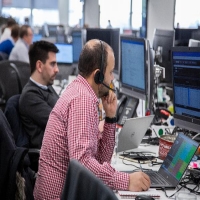 The New Zealand dollar was on the move Wednesday, after positive ANZ data showed business confidence had improved in September.

The ANZ bank’s business confidence survey’s headline measure showed 38.3 % of respondents expected the economy to get worse over the next year.

While the number seems high, this is an improvement compared to the previous poll which showed 50.3% of respondents were expecting the economy to deteriorate over the next year.

38.3% showed an improvement that analysts say is highly welcomed, after the index fell to its lowest level since April 2008 last month.

The survey also showed 7.8 % of respondents expect their own businesses to grow over the next year, which was up 3.8% from last month.

The survey follows a stronger than expected New Zealand GDP last week, as well as economic growth of 1% in the June quarter, recording its fastest expansion in two years.

The release comes in anticipation of Thursday’s Reserve Bank of New Zealand’s September interest rate decision, were analysts predict the cash rate will remain at 17.5%.