New Zealand’s economy has grown 1% in the June quarter, as measured by gross domestic product (GDP), making it the largest rise in the past two years. 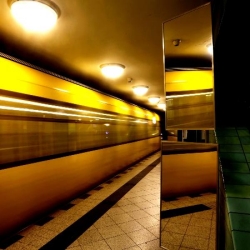 The NZD/USD surged upon the news to 0.6652 from 0.6610 on Thursday, with the result exceeding predictions.

Statistics New Zealand data showed, the services industries were one of the biggest contributors to growth, increasing 1%, and the goods-producing industries were up 0.9%.

Growth was shown in 14 of 15 primary industries, with Agriculture, forestry and Fishing upon the highest at 4.1%. This was mainly due to favourable weather conditions, which boosted milk production leading to the rise.

All service industries were up 1%, with growth in retail, trade, accommodation and transport industries helped by a combination of increased household spending and strong international spending.

The results doubled the expectations of the New Zealand Reserve Bank, prediction a growth of 0.5%.

The June quarter economic growth results were a welcomed change, after a flat March quater and low business confidence results.

The next GDP will be released for the September quarter, on December 20th 2018.