OPEC meeting preview - What can OPEC do to push oil above $50?

We have seen stability in the oil price since early May, but I suspect the oil market has gone a long way to fully discounting an extension of the output cut agreement between the Organisation of Petroleum Exporting Countries (OPEC) and certain non-OPEC nations at the 25 May OPEC meeting in Vienna. 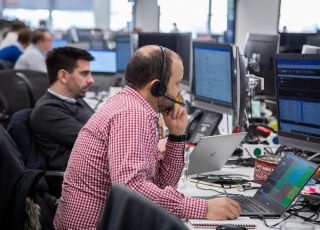 This growing belief in a new agreement was given a solid boost on 15 May, with both the Saudi and Russian oil ministers agreeing to extend the output agreement by nine months. They also pulled out a now famous line from European Central Bank president Mario Draghi, by saying they would do “whatever it takes” to lower global inventories towards their five-year average.

Of course, full agreement will be required from all nations who previously agreed to output cuts on 30 November. If this does not materialise, we could be looking at oil headed back towards and even through the May lows of $44.00, but that seems a low probability at this stage.

So how does OPEC push the US crude price convincingly above $50?

Well, a good way to address this would be to go deeper and cut the current daily run-rate from 31.74 million barrels. There have been calculations passed around that OPEC may even need to come down to a daily output quota of 30.88 million to absorb any excess capacity, although the hurdle rate seems very high, especially given nations like Libya and Nigeria are actually exempt from the prior agreement and are increasing output.

The US shale industry is the real concern for OPEC and Russia, and the dynamic of a consistent week-on-week increase in the rig count, with 481 rigs having been brought online since May 2016. One has to assess how OPEC can alter this dynamic and there is no doubt that shale has limited OPEC’s ability to control price like it has done in the past.

The increase in shale activity has been predominantly a function of corporate breakeven levels falling. However, a stabilisation in implied volatility has provided a more compelling backdrop for energy companies to increase hedging of future production and lock in prices, with energy firms having hedged around 15% of 2017 estimated production.

Perhaps even more importantly is the fact energy firms can raise funds in the debt market at such low levels. So until high yield credit spreads become less compelling to US shale firms, these companies can raise funds at very low costs, produce and sell for healthy margins. Credit is therefore key, especially when we hear that some 22% of US oil production is funded from the high-yield corporate credit markets and there is little OPEC can do about controlling the pricing methodology here.

OPEC have to flatten the crude futures curve. This means incentivising traders to sell longer-dated oil futures contract and buy near-term contracts. In turn, this will disincentivise US shale firms from increasing output and allow the oil market to rebalance far quicker. This, again, seems a tall order, but it could be a driver of the oil price.

For now, though, the market has largely discounted a new agreement being announced on 25 May with the oil price threatening to break into the $50 range again. I feel a floor in the price has been established for now and that pullbacks should be limited into $47.00. But one also has to question if we see a “buy the rumour, sell the fact” scenario playing out after the meeting and this suggests that not only will OPEC and certain non-OPEC nations have to show a highly cohesive and united front towards any renewed output cut extension. But also give an indication they are willing to take the output rate even lower to really “do whatever It takes” to rebalance.

This is firmly in their control, but will require a huge task from the Saudis to unite the cartel. 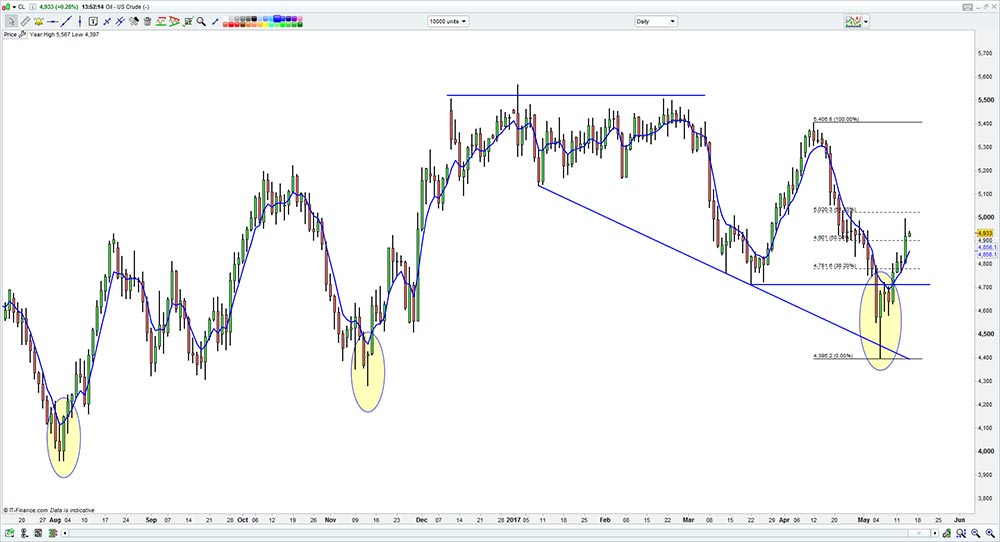