Trade negotiations between US and Canada continue, after ‘stubborn issues’ stand in the way of reaching NAFTA agreement. 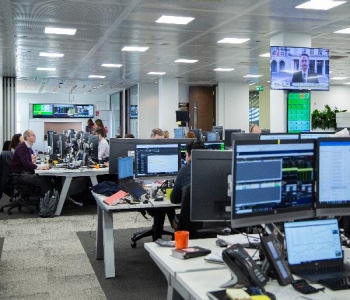 US & Canadian negotiators have yet to come to an agreement surrounding NAFTA, after expressing disputes over issues around dairy quotas, protection for Canadian media companies, and future trade dispute resolution.

At this stage it's still unclear whether the two countries will agree on these issues, with US President Donald Trump’s threats of leaving Canada out of NAFTA still in on the table.

News outlets have reported on Friday, no deal would be reached this week, despite Trump’s end of week deadline.

US Trade representative Robert Lighthizer and Canadian Foreign Minister Chrystia Freeland have said they're working late into Thursday evening to reach a decision, but were not clear on time frames.

When asked by reporters at the USTR offices on Thursday evening, Mrs Lighthizer replied “we are making good progress,”.

The republican chairman of the US house of representatives, Kevin Brady said one of the major disputes was over Canada’s dairy quota regime.

"They are continuing to push toward a conclusion of that agreement. A lot depends on the seriousness of Canada in resolving these final disputes," Mr brady said.

Trump has previously threatened to axe the trilateral trade agreement and change the name from NAFTA to the “United States-Mexico Trade Agreement,” leaving Canada out.

He’s threatened to go ahead without Canada if a deal has not been made upon deadline, however negotiators have already missed previously set deadlines. What happens next hangs in the balance of how successful negotiators are in reaching a resolution.