The Aussie dollar dropped down 0.1% at 72.38 cents before bouncing as Scott Morrison wins leadership vote 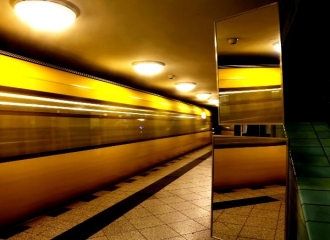 Hours before Australia's 30th prime minister was announced the AUD dropped 0.1%, before bouncing to 72.90, after Scott Morrison won the leadership vote.

45 members won the vote to elect Scott Morrison as the new prime minister, with 40 voting to back former prime minister Malcom Turnbull.

Australian shares previously fell 1.5 % since the first leadership shakeup earlier this week, with investors remaining cautious of the political instability.

However, despite the unknown leadership changes, ASX200 opened higher than expected on Friday.

'Given interest rate markets aren’t pricing in a move from the RBA until early 2020, and that the RBA does not expect to achieve its inflation target until around the same time, it’s unlikely that the Government’s leadership issues will change the RBA’s outlook on interest rates.' said Mr Rodda.

He predicts interest rates will likely stay at 1.5% till 2020, but may still be risks involved if Australia enters future political uncertainty.

'The major risk is if we enter a protracted period of political uncertainty, one that results in an election and change of government, that the economy’s fundamental may suffer because of reduced sentiment.

Only at that point will the RBA seriously factor in politics into their policy considerations, but at this point in time, the risk of this is still small.'

The ASX has given up 130 points from the 10-and-a-half year highs achieved last week, taking the market at close of trade yesterday to a familiar support level just above 6240.