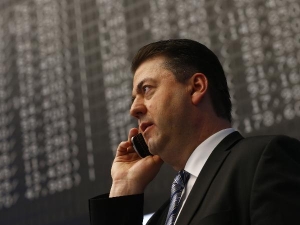 The week ahead may however find multiple moving parts that would leave the market with ample to watch.

The past week saw Asian markets charge on with multi-year highs notched on several equity bourses. Anticipation for China’s 19th National Party Congress and data barrage, coupled with earnings expectations had kept the markets broadly elevated, though the sounding off of an alarm by PBOC governor on Thursday briefly triggered a bout of sell-offs.

Meanwhile, Friday had certainly seen US Senate’s passing of a budget vote as a turning point for the heightening of tax overhaul expectations. The news yielded a sharp uptick for the US dollar index while markets remain in anticipation for a higher US open on Friday with futures pre-empting the move.

Given the stream of leads to come, a definitive view with regards to market action in the week ahead may be a difficult one to formulate. Having said that, earnings seems to be one that continue making headway for US equity markets. Another 37% of the companies on the S&P 500 index will be delivering their reports in the incoming week, as we get into the heart of the US earnings season. Of the 16% that have dished their reports thus far, we have certainly seen both sales and earnings surprise performance outshine last quarter’s performance, keeping positive expectations rife and dips bought.

Besides corporate earnings, the US economy will also be due for a Q3 growth report. The first reading of US Q3 GDP, due Friday, is expected to moderate to 2.5% quarter-on-quarter (QoQ) from Q2’s 3.1% on hurricane disturbances. As the latest September Fed minutes depicted, there had been little expectations for the hurricane to ‘materially alter’ economic growth. Therefore, any moderate slack would likely be shrugged off by the market.

October’s preliminary Markit PMI from both the Eurozone and US may be of more interest instead in the week ahead. Once again, do also focus on the development with the selection of the next Fed chair.

Notably, the European Central Bank’s (ECB) October meeting will also conclude on Thursday. An extension to the current quantitative easing (QE) programme had been expected alongside a tapering in pace of purchases. Reactions from the currency market may be muted with the delivery of this consensus view, though the EUR trade will remain laced with Catalonia concerns as Spain’s government look to regain control via Article 155 of the country’s constitution.

The two key event in the week ahead for the Asian market would likely be the issuing of Japan’s snap election results and also the conclusion of China’s 19th National Party Congress. The expected result of an extension to Prime Minister Shinzo Abe’s Liberal Democratic Party’s (LDP) rule would likely find little reaction with the result having been priced in. Meanwhile China’s 19th National Party Congress remains underway until its Tuesday conclusion.

Watch also for a slew of economic and earnings releases from Asia including Japan’s September inflation number and South Korea’s Q3 GDP. For the local Singapore market, equity bourses may shrug off September’s industrial production update following the latest Q3 GDP outperformance. The arrival of OCBC Ltd.’s earnings, the first amongst the trio of local banks, may however steal the limelight.