Vodafone – tough times ahead but interesting valuation and technicals

High debt levels and a slowdown in key markets make life difficult for Vodafone, but on a valuation and a technical basis, the shares look interesting.

Vodafone's share price has underperformed the FTSE 100 by a significant margin since the beginning of the year. Excluding dividends, the FTSE 100 is down 3.1%, versus a 29% loss for the telecoms giant.

The reasons are two-fold. First, Vodafone’s deal to buy Liberty Global's cable networks in Germany and Eastern Europe, while it improves scale as the firm squares off against Deutsche Telekom, also leaves it with a burden of €50 billion in debt, close to the top end of management’s guidance, as well as increasing the firm’s exposure to the lower-growth markets of Europe. It has managed to gain some market share in Italy and Spain, but competition there remains fierce.

At the same time, Vodafone has to deal with the changeover in leadership, as Vittorio Colao is replaced by Nick Read. Read comes from the Europe and emerging market divisions, so has plenty of experience, but he is joining at a difficult time.

To add to this, the firm has to grapple with the rising costs of investment in infrastructure and mobile services, while maintaining a hefty dividend that, given the fall in the share price, now sits at a yield of 8%, the highest level since 2000. When yields get this high, especially when the dividend is barely covered by earnings (current coverage ratio 1.1), yield hunters may wish to tread carefully, even if dividends have grown by 10% per year over the past three years.

Still, if the firm can digest Liberty’s assets, and weather the challenges in the mobile market, and cope with the CEO transition, it is at least cheap. Currently, the forward price-earnings (P/E) ratio is 15.6, more than one standard deviation below the five-year average of 28.7, and the lowest reading since early 2014. In addition, it trades at a 17% discount to its peers, according to Bloomberg, versus a two-year average of 5%.

The chart does not make for pretty reading. Friday saw the price hit its lowest level since June 2013, and if this is broken then the next possible support levels are 150p and 144p. Even in the short term, any rebound that stays below 183p is still another lower high and thus a possible selling opportunity. A close above 188.2p is needed to create a new higher high. 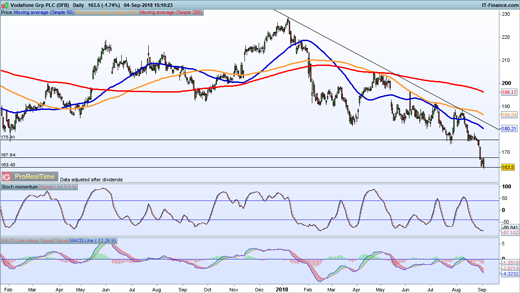 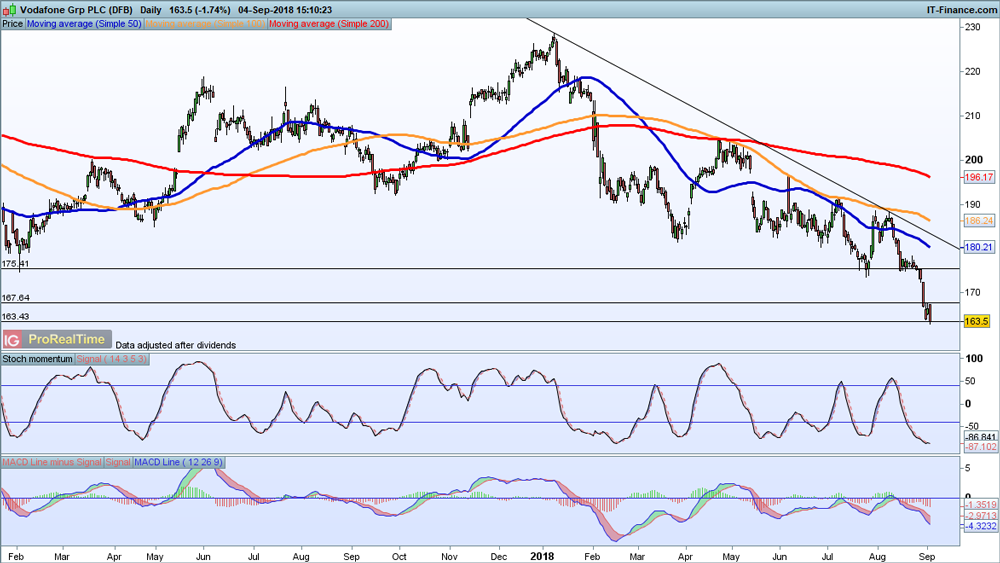 The second chart shows the monthly picture – long-term trendline support from the 2002 lows comes in around 150p, so the shares could get cheaper yet, even if the long-term direction of travel is higher. 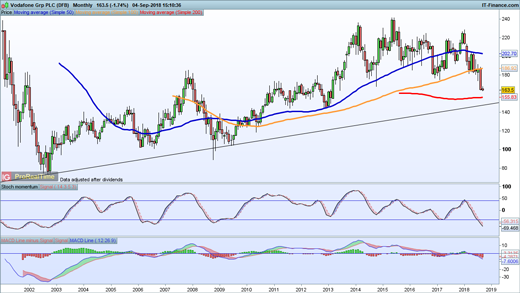 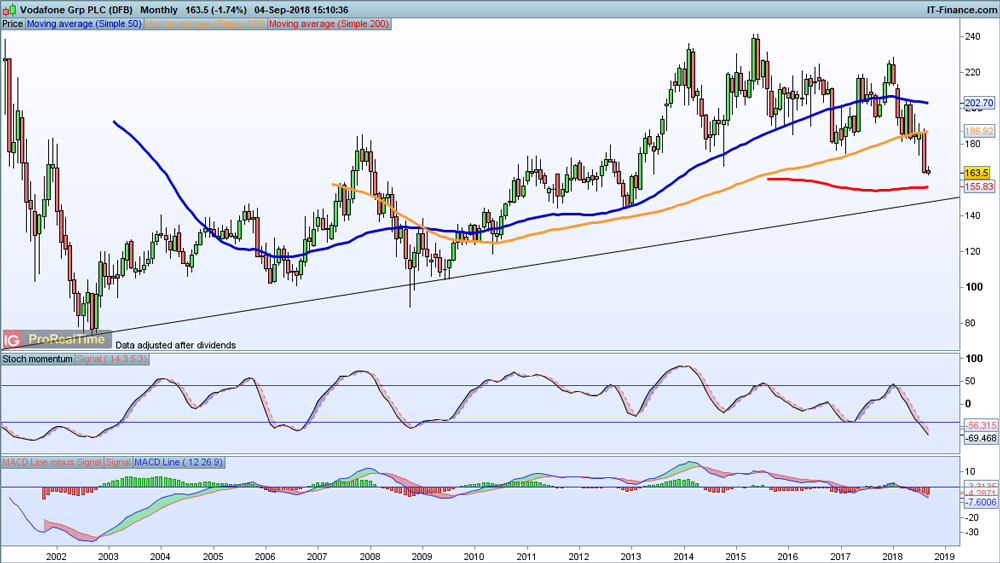