The Silk Road to bitcoin: has the crypto escaped its dark past?

A stellar 2017 did much to silence bitcoin sceptics – but should traders be paying more attention to the cryptocurrency’s murky origins? 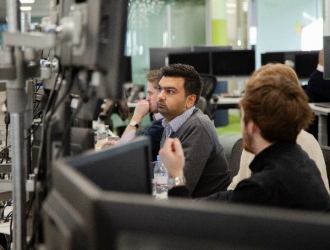 Despite dropping from the lofty valuations of early December, bitcoin is still a remarkable investment, with a market cap bigger than Nike, Netflix or BHP Billiton. And with most dissenting voices questioning whether the stunning rise is a bubble waiting to burst, any debate over the legitimacy of the crypto – and of non-fiat currencies in general – has largely been silenced. But whether bitcoin has truly escaped its troubled history remains up for debate.

A brief history of bitcoin scandals

The idea for an online currency existed well before bitcoin, but it wasn’t until the pseudonymous Satoshi Nakamoto solved many of the problems associated with it that a cryptocurrency could exist to challenge fiat currencies. For the first few years, though, bitcoin was beset by controversy.

Silk Road first opened in 2011, just two years after the birth of bitcoin. A ‘clandestine eBay’ hidden on the darknet, it was used by almost one million customers to buy drugs online. And it was dependent on the anonymity of bitcoin to function.

Ross Ulbricht, the founder of Silk Road, first had the idea of creating a black market on the deep internet that used bitcoin to protect anonymity back in 2009 – the year bitcoin was launched.

As Silk Road gained global notoriety, cryptocurrencies became synonymous with illegal activity – and not just drugs. Reports began circulating that bitcoin was being used to fund terrorism, and commentators estimated that the majority of transactions were illegal.

For Ulbricht, the good times couldn’t last. An FBI investigation identified that he was the founder and operator of Silk Road – under the pseudonym ‘Dread Pirate Roberts’ – thanks in large part to research by FBI tax agent Gary Alford. His arrest in 2013 precipitated the closure of Silk Road, and the seizure of thousands of bitcoin that subsequently went up for auction.

The rise and fall of Mt. Gox

That didn’t mark the end of bitcoin’s problems. The next year, Mt. Gox, by then its biggest exchange, collapsed after 850,000 coins were stolen by hackers.

Mt. Gox was far from the only hack to make the headlines, but it was the biggest by some distance. Before going offline, it was estimated that some 70% of all bitcoin trading took place on the exchange. The coins were worth millions back in 2014; today they are worth billions.

And even during its 2017 bull run, bitcoin proved itself capable of hitting the headlines for the wrong reasons. Take the WannaCry ransomware attacks in May, which showed that some criminals still view bitcoin as their currency of choice. Or reports that North Korea was buying up bitcoin, in an attempt to avoid the sanctions placed on it by the UN.

Does bitcoin’s past matter?

Bitcoin backers can justly claim that a currency’s history should be irrelevant to its legitimacy today. Traditional currencies, after all, have long been used in criminal enterprises as well, and few hold that against them. But there are reasons to believe that the cryptocurrency’s past is a factor in its performance today.

Bitcoin may be 2017’s most popular investment, but its viability as a means of payment remains under question. As of July 2017, just three of the 500 biggest online retailers would actually accept it as a form of payment.

While there are several reasons for retailers’ resistance to online currency – not least dealing with the massive volatility involved – the lingering question of legitimacy still has a part to play.

For one thing, it fuels detractors. Renowned economist Joseph Stiglitz, for instance, has called for bitcoin to be outlawed, pointing to its lack of usefulness as a means of payment and abundance of usefulness to criminal enterprises.

And those detractors don’t just turn retailers against bitcoin. Governments around the world are scrutinising its legality – even if just seven have gone for an outright ban – and any sign that it isn’t a viable currency adds weight to the argument that it should be outlawed.

We’ve already seen how moves towards banning bitcoin can affect its price: in September, Chinese regulators cracked down on cryptocurrency exchanges, leading to a crash from $5000 to down below $3000. In an outcome that could prove telling, though, the crypto quickly recovered – and reports out of China suggest that the regulatory clampdown has done little to stop trading

Regulators may struggle to prevent the rise of bitcoin, but a new altcoin could yet take its place. Ethereum, for example, uses blockchain technology in a way that gives it uses beyond payments, negating one of the biggest criticisms of bitcoin. And it lacks the awkward past of its older brother, giving its token ether a much cleaner image.

Of course, that has done little to prevent volatility. Ether had a remarkable 2017, but several major flash crashes meant it was just as much of a rollercoaster as bitcoin. And China’s moves to ban crypto trading proved just as damaging to ether, suggesting that bitcoin’s past may yet drag down other currencies.

If you’re a bitcoin trader and you’re considering diversifying beyond the cryptocurrency, then read our looking beyond bitcoin article for tips on what to trade next.

To return to our original question, then, there’s plenty of evidence to suggest that bitcoin has not yet managed to shed its negative early image. But really, its questionable origin is just one of many potential problems you can line up against the original crypto: sitting alongside the potential for the bubble to burst, massive volatility and the ongoing fight over scalability issues.

As long as it continues its meteoric rise, these issues will be kept in the shade. But for those who claim that bitcoin will one day transcend its status as an exciting new investment and become a true rival to fiat currency, that dark past surely remains a problem.

Learn how to go long or short on ether, ripple,
litecoin and more.